The high-class ivy league haircut is a stylish variation of the classic crew cut. Also known as a Harvard clip or Princeton, the cut balances the smartness of a crew cut with the slickness of a side part. It’s an ideal for style for men aiming for a classy, sophisticated appearance.

What is the Ivy League haircut?

The ivy league haircut is cut in the same way as a crew cut. However, unlike a crew cut, the Princeton haircut leaves enough hair on the top of the head to be parted. It gives the face a defined appearance, making it best for men with strong cheekbones or a prominent jawline.

The Ivy League haircut is versatile and can be styled various ways. It’s a great low-maintenance cut that goes well with any outfit. It’s also ideal if you have a stubborn cowlick, since this cut will keep your hair short and tidy.

What do I need for an Ivy League haircut?

Since this is a short style, you won’t need much. The Ivy League haircut requires an inch of hair on the top of the head and a little more than an inch in the front. We recommend that your hair is at least 1.5 inches long for the Ivy League haircut.

You won’t need much product, either. Like a crew cut, the Ivy League is known for its simplicity and ease. If you do want to use product for styling, a casual styling wax will do the trick. How to Get the Ivy League Haircut

First, check with your barber or stylist to see if they’re familiar with the cut. It’s a fairly common style, but not all stylists may know it. In that case, we recommend showing your stylist pictures and describing the characteristics below.

Whereas a crew cut requires the hair to be buzzed with clippers, the Ivy League can be cut using scissors on the top of the head. This gives it the extra length that differentiates it from the crew cut.

Tell your stylist you want a half an inch to an inch (depending on your preference) on top of your head and a little longer in the front. The longer hair in the front will facilitate the brushing back of the hair, which is one of the notable characteristics of the Ivy League haircut. You can also style it with a part if you wish.

For the sides and back, you can choose a length that suits your personal style. We recommend you request either a shorter clipper setting (#2 to #4). The sides and back are cut shorter than the top or front, but they’re also tapered. Let your stylist know how gradual of a taper you’d like.

The taper on your neckline is blocked, meaning that it ends in a straight line across the neck. However, you can go with a different type of tapered neckline.

Make sure the entire haircut is one seamless style. There should be no jagged edges or sharp changes. Each part of the haircut should blend into the other. The only exception is the crown, where the taper on the top of the head comes to an end.

Because the Ivy League is low maintenance by design, you don’t need to do much to style it. Traditionally, it’s side parted. Style the hair with your fingers or a comb to achieve your desired look. You can also brush it back and use some light product to hold the hair in place. You can also combine brushing the hair back with a side part.

See our gallery below for more examples:

A very classic way of sporting the Ivy League is by having it cut short. There are many modern spins of this hairstyle but if your goal is to keep it timeless, the short version is your best choice.

You don’t always need a clear side part, try a more relaxed style and take a page out of Zachary Quinto’s book.

It’s no surprise that Jim Parsons, who plays the quirky scientist Sheldon Cooper in CBS’s sitcom The Big Bang Theory chooses to wear an Ivy League haircut. Sheldon is extremely methodical and very adverse to change outside of his regular routine, so this classic hairstyle is a great fit for both the actor and Sheldon’s character.

Another great example of clean-cut Ivy league, the short sides are a vintage staple of this style and Liam Payne is known to keep a healthy mixture of classic and modern influences when it comes to his personal style.

There isn’t a more iconic wearer of the Ivy League than John F. Kennedy, 35th president of the United States.

His look consists of a smooth balance between length and styling. If you pay attention, the hair is barely weighed down by thick hair products, it rather sits lightly and in place. To achieve this, you’ll need a slight amount of hair gel to comb the hair into the desired form. Remember, sometimes less is more. 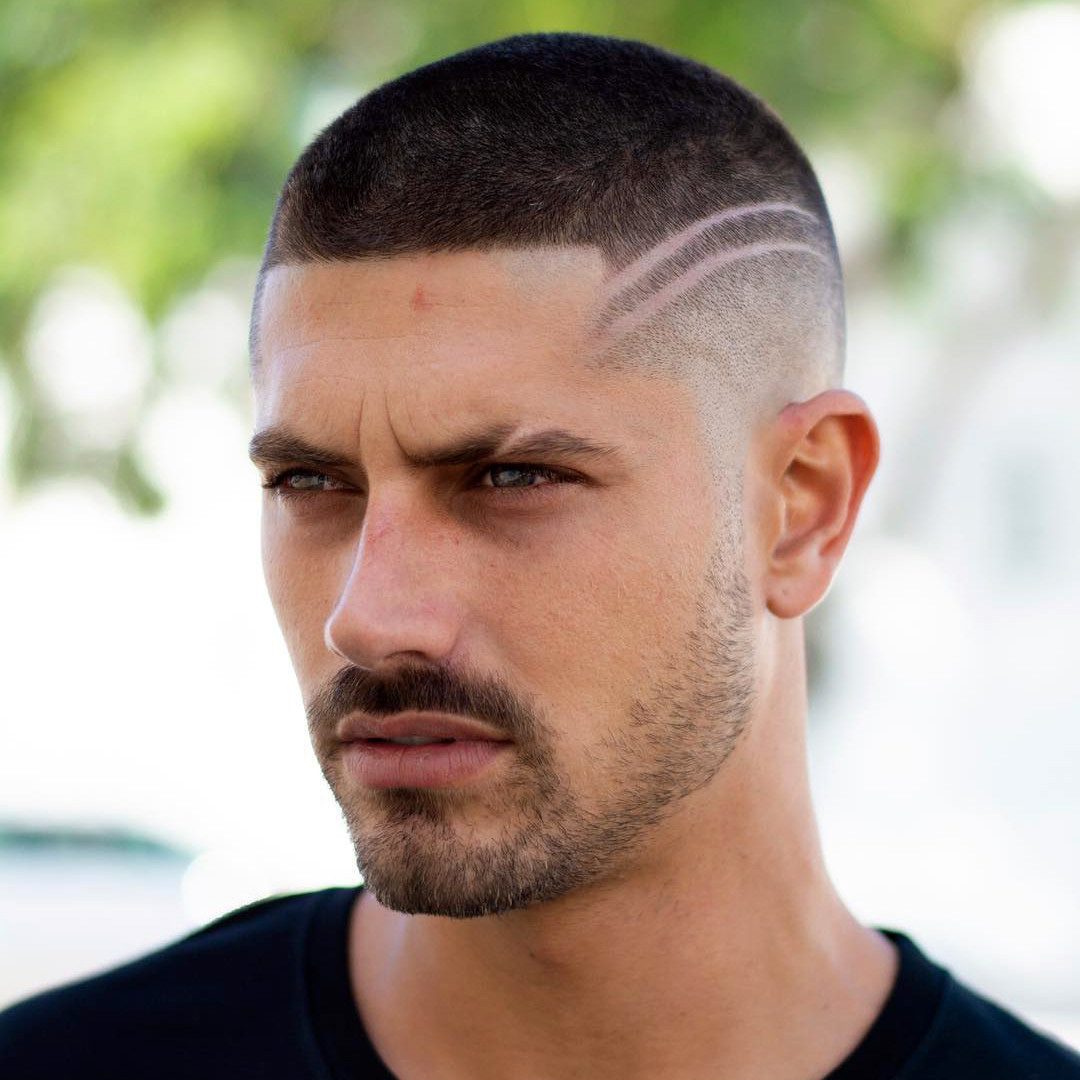 This relaxed take on the classic Ivy League is a great look for any guy. It’s got just enough length so that you can style it if you want.

This longer, tousled Ivy adds a fantastic texture to this classic cut. If you want something that’s a bit different from the standard Ivy League, this is for you.

Long yet neat, this Ivy League has almost every hair fixed in its place for a formal, more mature look.

Tom Hardy, is that you? Well if not then it is a pretty close look and boy that makes a lot of panache. The messy yet controlled high volume top with gradually tapered sides are always on the classier side of things. The sharp and carved line up shows that details matter and end it with a classic stubble chin beard.

The Ivy League pairs nicely with many other hairstyles. Here, Ryan Reynolds is sporting an Ivy that’s combed over to the side, creating a mini quiff in front.

Even if your hair is naturally somewhat frizzy, you can still rock an Ivy League. Check out how George Clooney uses a medium length Ivy League with his slightly frizzy hair.

The Ivy League looks great at several lengths, and if you desire, you can wear it short as it was originally intended. However, you don’t have to have a super neat cut––you can have a more informal look as shown here.

This trendy style combines a high fade with a side-swept Ivy League. This is a youthful, fashionable haircut that’s great for any young guy.

Introducing the most classy and maintained Ivy League with a small quiffed pompadour in the front. The sides are finely tapered and the temple is almost faded with a stubble beard to come to balance the look of the face. Make note that this will need some products to stay in place and look sharp.

Another version of the side swept Ivy, this style adds a bit more volume, almost taking it into quiff territory.

Slick and clean, this haircut combs all of the hair into place and keeps the sides short to create a nice contrast that makes this look pop.

If you like more casual styles, you might want to consider this Ivy League. This one’s also a good choice for men with finer or thinner hair.

Another neat look, this cut takes the Ivy a bit longer on the sides, resulting in a fuller head of hair.

This is what we call a collaboration between short hairstyles with ivy league. The side swayed makes it more of an Ivy look whereas the short hair length gives it that classy charm. Taper the sides to pull attention on the top with faded temples. The beard being dense balances the face just perfectly.

This European-inspired Ivy League variation is trendy and tidy. It’s also very flexible and can match almost any personal style.

One great hairstyling trick is to use a roller brush at the front of the head to curl up the hair. Here you can see that technique applied to the Ivy League, which creates a more laid-back vibe.

Into super short, dapper hairstyles? Check out this formal Ivy League. It’s extremely short, but the dramatic fade on the sides creates an illusion of length.

For a beach-inspired look, this messy Ivy League won’t disappoint. Since it’s combed to the side, this cut has a lot of motion, which makes it especially interesting.

If you’re after the authentic retro look, try out this regulation Ivy. It’s brushed up a bit at the front but is combed into place everywhere else, which makes for a great contrast.

One thing you’ll notice right off the bat is how pitch-perfect hair strands are in this style. No hair is moving left or right, well use hair products for this same dry yet rock sturdy look. Next up the sides are aggressively taper faded with line up shaved to perfection. Next, don’t miss the beard to balance the face.

This side swayed ivy league has more of a pocky stranded texture rather than a straight one. Moreover, the sides are sneakily tapered rather than being all obvious taper faded. The temple being faded supports the clean look which makes this style a rather formal one than casual. 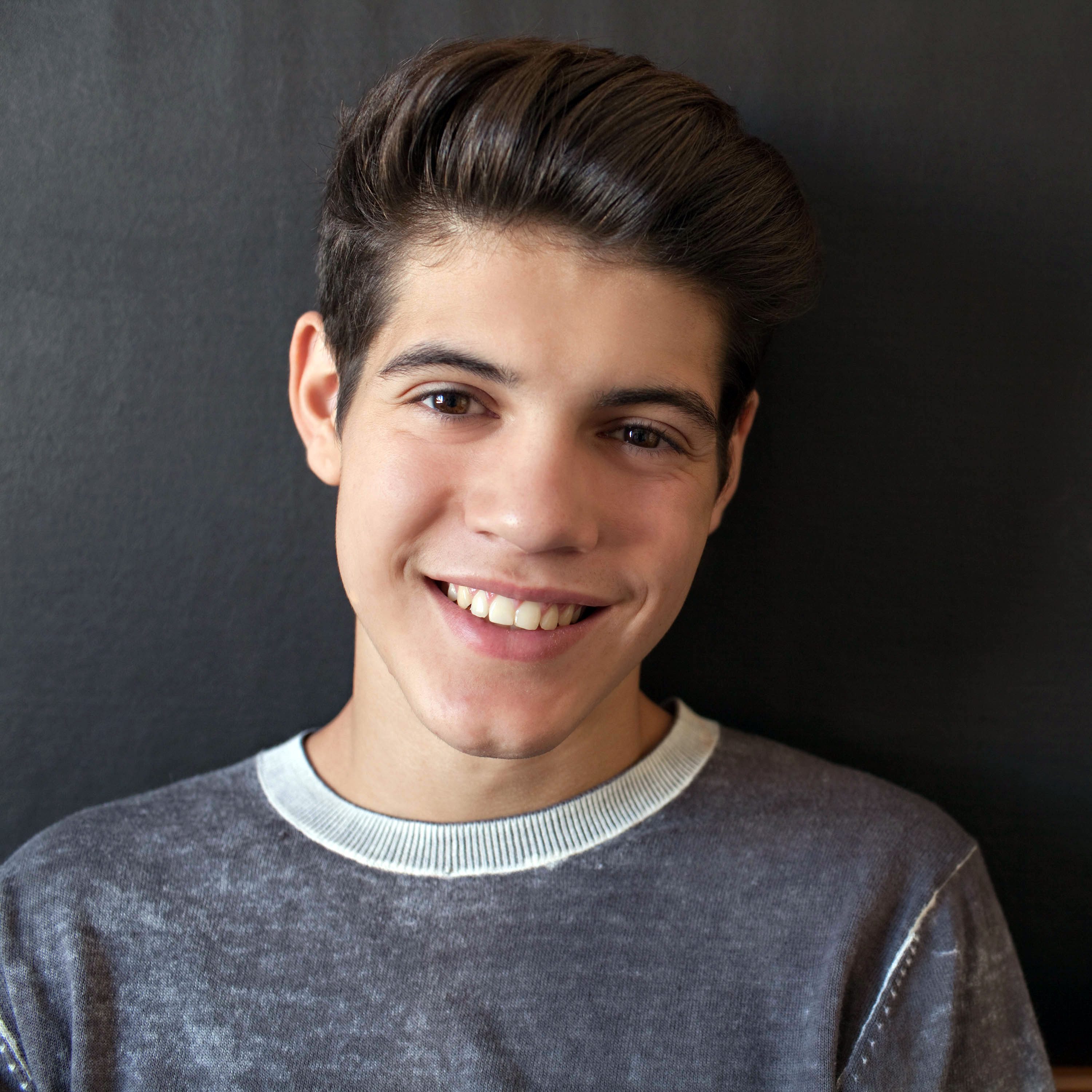 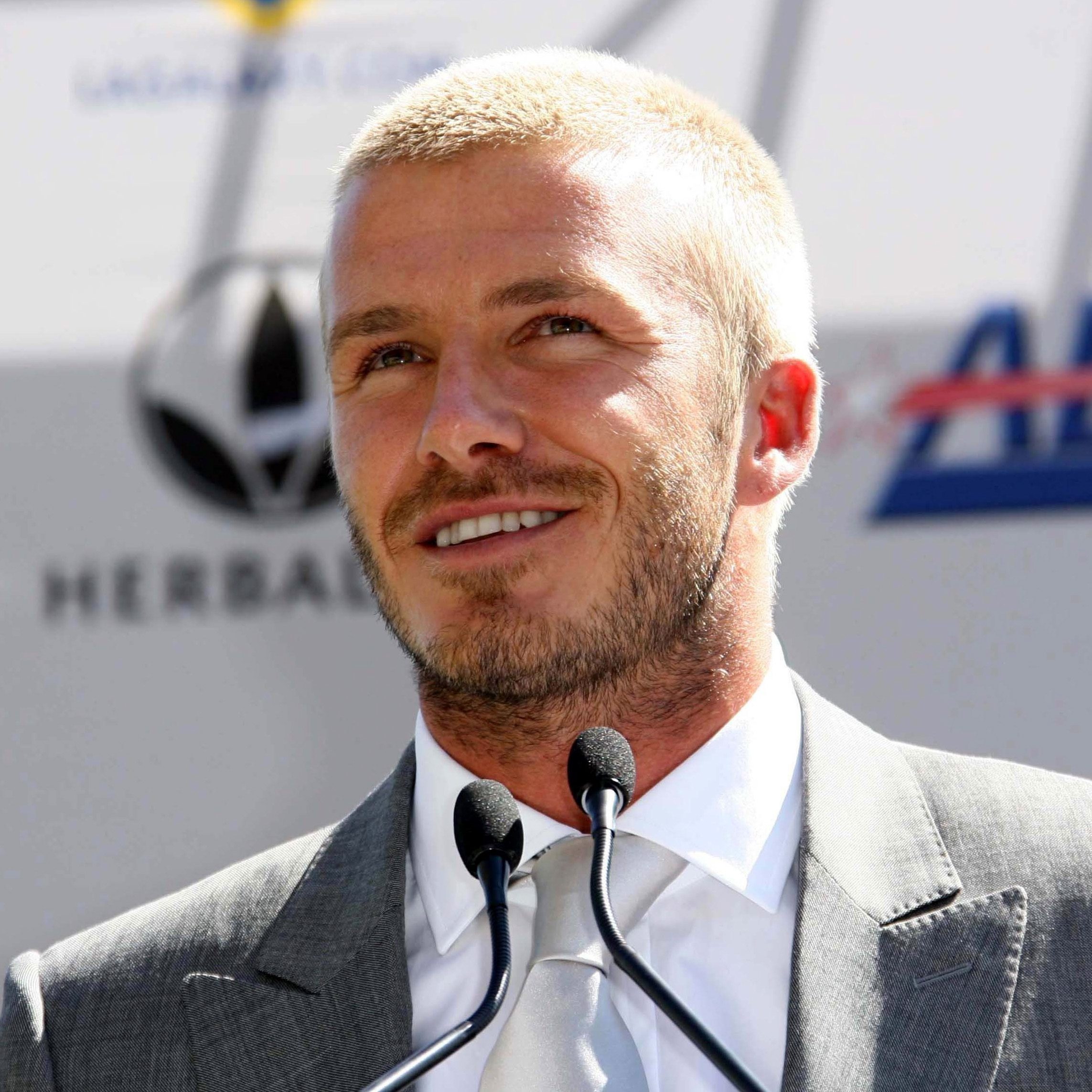 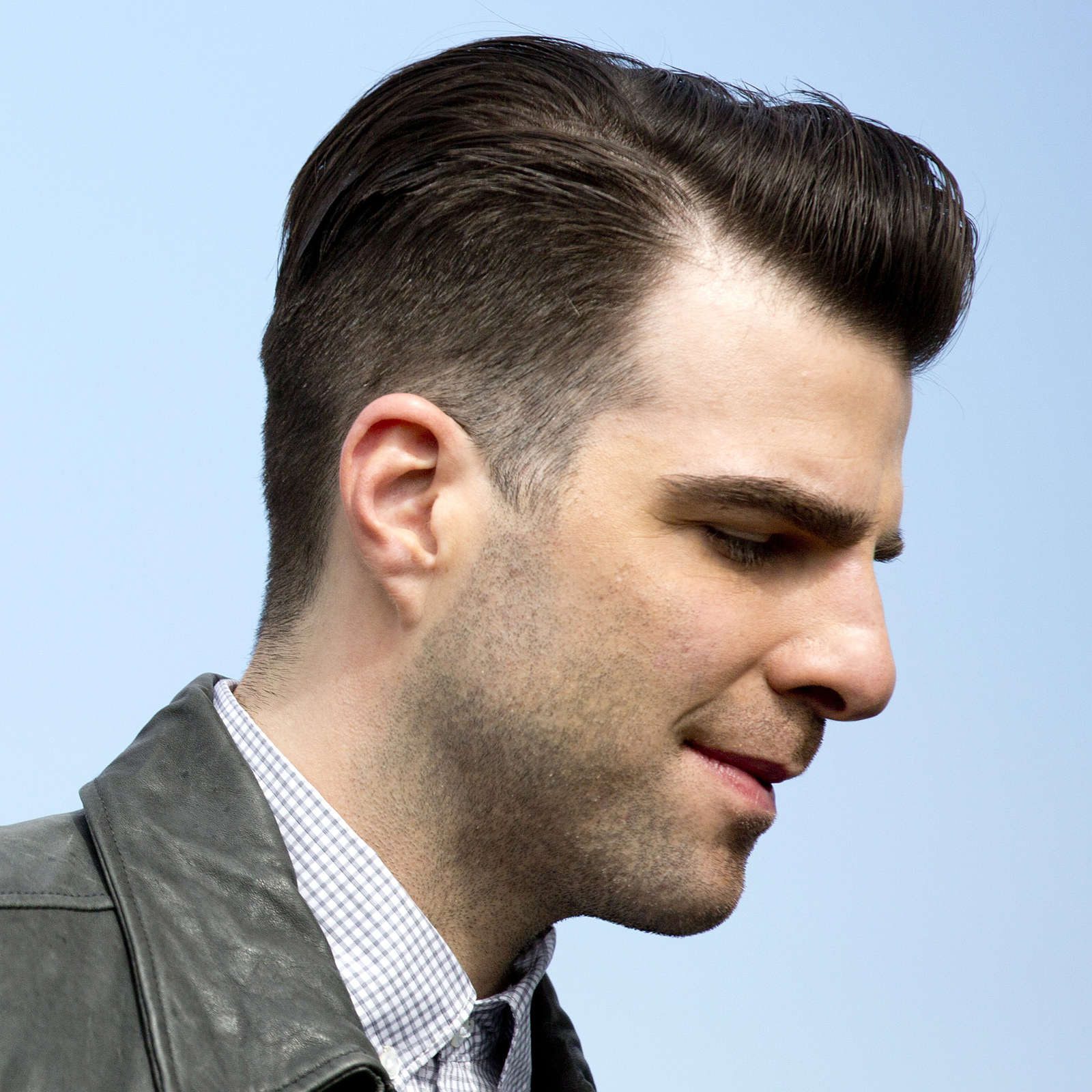