Military men are considered to be self-disciplined and bold which is aptly revealed in the military haircuts that are many are seen sporting both on and off the army base.

Most of these haircuts are short and easy to maintain with the hair length being limited to two inches at the most. Even with the basic look of different high and tight haircuts they are still quite popular among men, with many opting to adopt them as their signature hairstyle.

To ensure that the military cut you have chosen is done to your satisfaction, it is advisable to have a photo that you can show your barber so that they can advise you on the best want to achieve the military look.

If you are a fan of army haircuts, then the many options of the look may seem a bit overwhelming but with proper advice, you can choose the most suitable one. Among the military haircuts that have become quite popular with many men are:

If you want a nearly bald look but do not want to cut your hair to the skin, then this is the ideal cut for you. Most times, the hair left on the head is about an eighth of an inch long which can be easily achieved when using a hair clipper. For the best results, have the hair styled by a barber so that the final look is well structured.

This is a simple haircut that is considered to be quite conservative when compared to other military haircuts. The cut involves trimming the hair to at least two inches but ensuring that the front part of the head has extra length that can be brushed as part of styling. The hair on the sides of the head as well as the back should be much shorter and even tapered if preferred so that the final cut has some shape especially at the front.

This military haircut is considered to be one of the oldest and can be done with longer hair because it requires minimal trimming. The hair left on the top part is parted on the side so that it reveals a sharp line from the front to the back of the head. To give it a neat look, hair on the back as well as sides of your head is tapered down until the skin. Most times, the barber will use a scissors to trim the hair then a clipper to make sure the sides and back are tapered down well.

This haircut is ideal for men that have straight hair because the final look usually reveals the top part of the hair as flat. In most cases, the hair at the top is trimmed to a minimum length and then trimmed so that when it is brushed up it remains flat. To highlight the flat top, the sides as well as back of the head is cut short into a fade depending on n individual’s preference.

Although there are different versions of this particular cut, the military version is always styled in a standard manner. The hair left at the top never exceeds two inches and sides are cut to the shortest length possible. This haircut can be done on different hair types with the final result being good if done by a professional stylist.

There are three different types of fades

The induction cut is the army haircut that is given on the first day of boot camp. It is appropriately titled because it is given out in almost an assembly-line fashion to everyone that is inducted into the first day of boot camp. The induction cut is very simple. It is basically a nearly bald cut. They use a good electric hair clipper that has no guard on it to create the closest cut possible. The end result is stubble-like texture. The reason they do this is to quickly remove all the hair without going through the time-consuming steps of shaving it clean off. It is not a very attractive haircut, however, it is efficient and effective for what is needed.

This cut in the same way as the previous two cuts are. It is used with a hair clipper and leaves the hair a little longer than the burr cut does. The birch is a term used for any full buzz cut that is used with one of the higher hair clipper guard numbers. Anything from 3 to 5 will fall into the birch cut category.

The high and tight army haircut is very recognizable as a military specific cut. A low guard clipper is used around the sides of the head and the hair is left around 1 inch long on the top. There is no gradual tamper between the sides and the top of the head. This is a very uncommon haircut that can look great on the right person; however, if it is not cut just right it could be a very risky choice.

The top hair on this cut is probably a little too long to be a true military cut but nonetheless is it extremely masculine. With a close trim on the sides and a tidy top, what more do you really need?

That’s more like it! Sure, this is no buzz cut, but this short and clean Ivy League-style crew cut is well within military standards. It’s hard not to respect a clean-shaven guy with a cut like this.

If your hair is naturally super curly, you might want to attempt an ultra-short afro, just like this one. The disconnect in the sides is optional but adds a little extra flare.

Here’s another crew cut, this time a little longer. The unique styling on the top of this style feels very traditional. This could almost be a colorized photo from the 40s…

Ah, short on top and even shorter on the sides. This simple cut uses a taper — leading into the short facial hair — to create a fierce, strong look across the face.

Call it what you want — a buzz cut, a burr cut, a butch cut — it’s an excellent cut for the regimented man. With the hair trimmed down to just a few mill’s, this is as easy as it gets.

This textured buzz cut is a little longer than most, but it’s still extremely powerful. Together with the side stubble and short facial hair, it’s a good look.

For those ultra-short undercuts, why not sweep the top off to the side? This is an easy way to add some extra class to any short look.

With buzz cuts, there can be a surprising amount of deliberation on how to treat the sides. Are you going to buzz to the same height all-round the head, step it down just once, or fade gently like here?

There’s no such thing as hair too short to style. This clean buzz cut features some gel and a little finger brushing to elevate the look a little.

The high and tight is a classic cut for anyone needing a little more length. With sides cut super-close, but a mass of surprisingly long top hair, this style is an excellent choice for anyone.

Here’s yet another variation on the crew cut, which is left to style itself naturally. We think this is a great choice for anyone who wants minimal maintenance.

This one speaks out for itself, the rebellious nature is what this haircut says with its sharp undercut and side-swept with dense volume. This is one of those haircuts which need hair products to keep it all intact and there is no taper, straight-up skin fade. No subtle stuff here guys.

Density is what makes this style apart from everything else. Make no mistake, there are quite subtle things that make this style whole balanced. For example, the sides have temple taper with subtle mid fade. Moreover, the top has thin hair yet the volume makes it look dense.

Matthew Fox has a long have structure and a burr cut makes it only look better. The sides, however, are not too short as compared to the top. Moreover, the top is clipped with size 2 clippers. Here, the lower face being clean only adds up to it, neat and tidy!

There is so much going on in here, starting with the French Crop at the top is peaking at the forehead. Adding up to it, the line ups are not faded and carved clean with some razor work. Next up the sides are finely tapered with a beard blend, it makes it ten times fancier.

This hairstyle is only getting trendier, the top being slightly longer buzz cut whereas sides being taper faded. The straight taper line also acts as a fine hairline and adds panache to the whole style. The fine stubble beard adds up to this style makes it look all balanced.

A frizzled buzz cut is the informal side of a buzz cut and making that hairstyle available for parties. The sides are tapered with shorter sides where the op is just slightly thicker and longer than sides. The line ups are not perfectly tapered and that what makes this what it is.

A tough military hairstyle like these is quite attractive, the top has some panache but just enough to not make it into the military side. The sides are taper faded and the temple is blended into beard. It all makes it one whole.

@anthonythebarber916/ Instagram
28/28
Side Brush with Mid Fade is Good

Side brush on top is very classy but that’s not it. The mid fade is quite sharp but the taper fade makes it sleek. The top has slight pocky texture but try using hair wax to make it look just pitch-perfect. 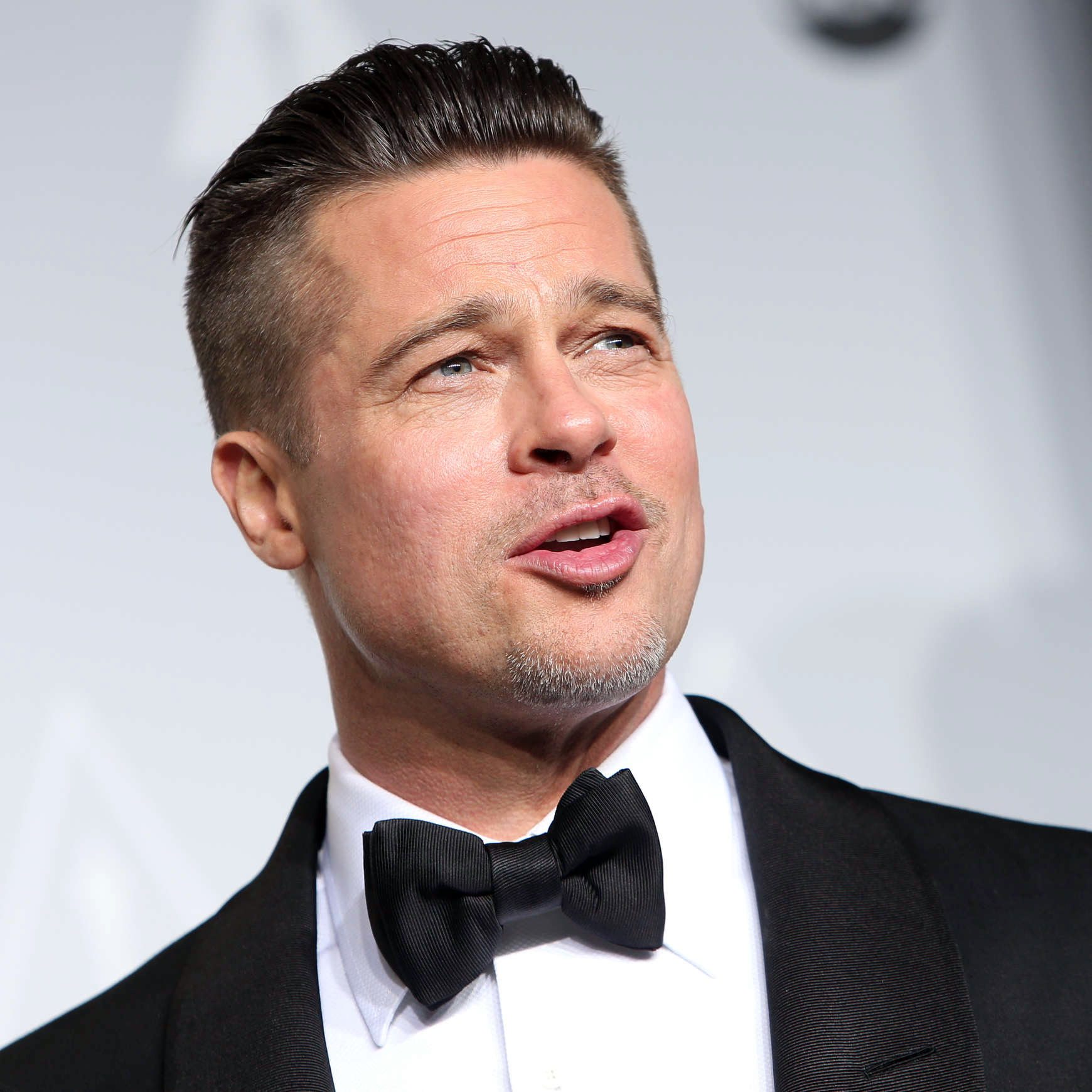