Of all the men’s hairstyles out there, the mohawk is probably one of the most infamous and controversial. Today, we’re examining a variation on this radical cut: the mohawk fade haircut.

You might consider the mohawk an extreme haircut with the hair pointing up in long spikes. However, the traditional mohawk is much more subtle than its punk-inspired variation. A classic mohawk features a crest that varies in length, and it can even be less than an inch in height.

So if you’ve always liked the mohawk look but were afraid to commit to the style, try the mohawk fade haircut on for size.

The height of your mohawk crest will depend on how long your hair is. For best results, your hair should usually be at least an inch long. This will allow for a good crest with volume.

How to Get the Mohawk Fade Haircut

While you can probably get a decent undercut or Caesar cut by telling your hairstylist what you want, you’ll want to bring good pictures of the exact mohawk fade haircut you want to have. This is a trickier style to get right, so we highly recommend taking in pictures.

Use a short clipper setting for the sides. Anywhere from a #1 to a #3 or so will work nicely, depending on how drastic you want the fade to be and how short you want it.

You can choose any neckline style you want for a mohawk fade haircut. Since the entire cut is faded by nature, a tapered neckline will work the most seamlessly.

The mohawk crest itself is up to your liking. It can be flat or wildly shaped. For a more subtle crest, ask your stylist to simply trim the hair that will become the mohawk to give it a tidy look. The sky is the limit, and you can request any sort of mohawk style you like.

To get a more defined mohawk look, ask your hairstylist to taper the hair upward into a crest. They may do this by either cutting or buzzing your hair; it’s up to your or your stylist’s preference. The hair should form a triangle shape, going up toward the middle.

How to Style the Mohawk Fade Haircut

A good quality wax, gel, or pomade will help you tame your mohawk crest. If you have a large mohawk crest, you might need a product with a strong hold. For smaller crests, any good hair product will work.

Apply enough product to make sure your crest is staying up. If you like, you can manipulate it when you add the product to give it a bit of flair.

For the best mohawk fade possible, you may need to make occasional trips to your hairstylist to keep it trimmed and neat. If you trim your own hair, it’s even more convenient. Either way, make sure to give this style the care and attention it needs.

A very inventive version of the mohawk, from the slanted tier skin fades to the nappy natural taper, this baby is going to garner you some attention.

If you’re presently sick of the upkeep of your frohawk, but wouldn’t dare shave it off for good, these tight longitudinal braids may be the respite you’re looking for. At this length, they’re unlikely to come out quickly and can provide a rejuvenating spark to your personal style.

By definition, all mohawks are undercuts, just with their top length extending down the back of the head as well.

What makes this particular look special is the low burst fade that almost makes the side of your head appear to be glowing. Sharply defined edges, a little bit of product and a subtle nape design make this sleek style a real winner.

At its aesthetic core, the Mohawk is all about contrast. However, it need not only come from the difference in hair length. This version adds a dimension of gradual color gradation. The transformation from the natural dark to brilliant bright blonde adds dynamic pop. Leave a little extra length at the base of the burst fade to allow for fun shaved designs at the nape.

A tight mid skin fade with precisely edged temples and hairline serves as an excellent perimeter containing this wild explosion of curls. A return of the concept of contrast, this look creates a feeling of barely controlled energy.

If a hard part is an effective borderline between dissimilar hair lengths, the shaved version is a demilitarized zone. It’s an extreme measure that suits the nature of the mohawk. Here, the fairness of the hair only requires a relaxed low fade, which keeps the focus on the textured crest and its boundary, where it should be. 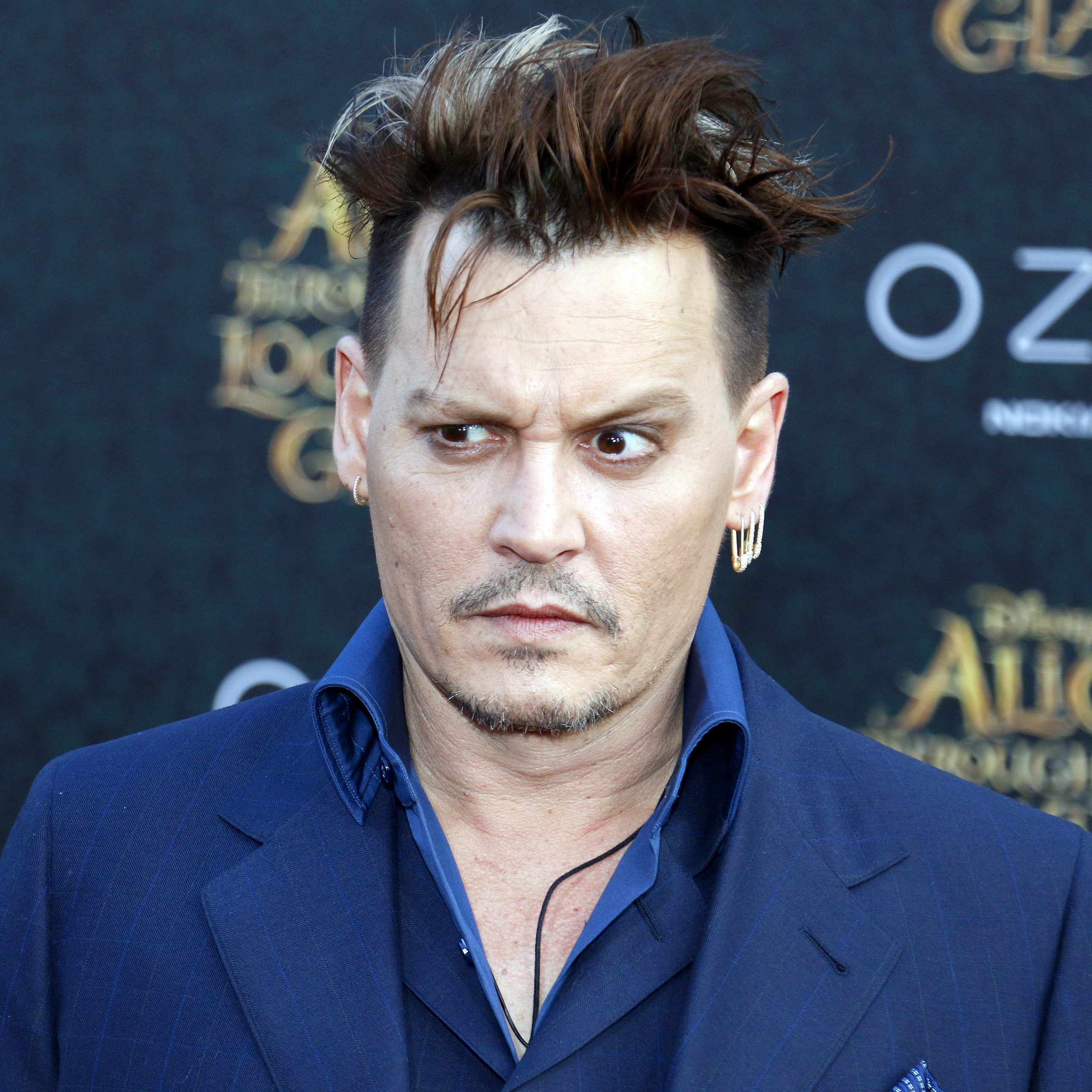 The mohawk middle strip is the handsome top-billed star getting all the attention, and the shorn sides are there in supporting roles. But with the right director…er, barber… they can be elevated to the true star of the production.

Going with a subdued crest and intricate faded designs over the entirety of the sides can produce Oscar-worthy results. Heath Ledger’s Joker or Anthony Hopkins’ Dr. Lecter would be proud.

Like a supportive friend, a mohawk can be there for you when your defeated hairline begins its slow retreat. Since the style normally does away with all hair from the temples down anyway, thinning in those areas can be made much less noticeable.

Strategic coiffing and tapering can be used for as long as you want to keep fighting the good fight.

One of the best things the top length a mohawk provides you is the options it comes with. Don’t want it blown out and charged up? Try a Viking inspired French braid to keep it under control while you get your edges and bald fade in order.

It may look simple, but achieving an immaculately smooth skin fade such as this is anything but easy. Here the central ridge is barely more than the meeting point for the sides’ pristine tapers. Like a magma bulge at the fault line between two tectonic plates. The subtlety is deliberate, yet powerful, giving it an air of regality. 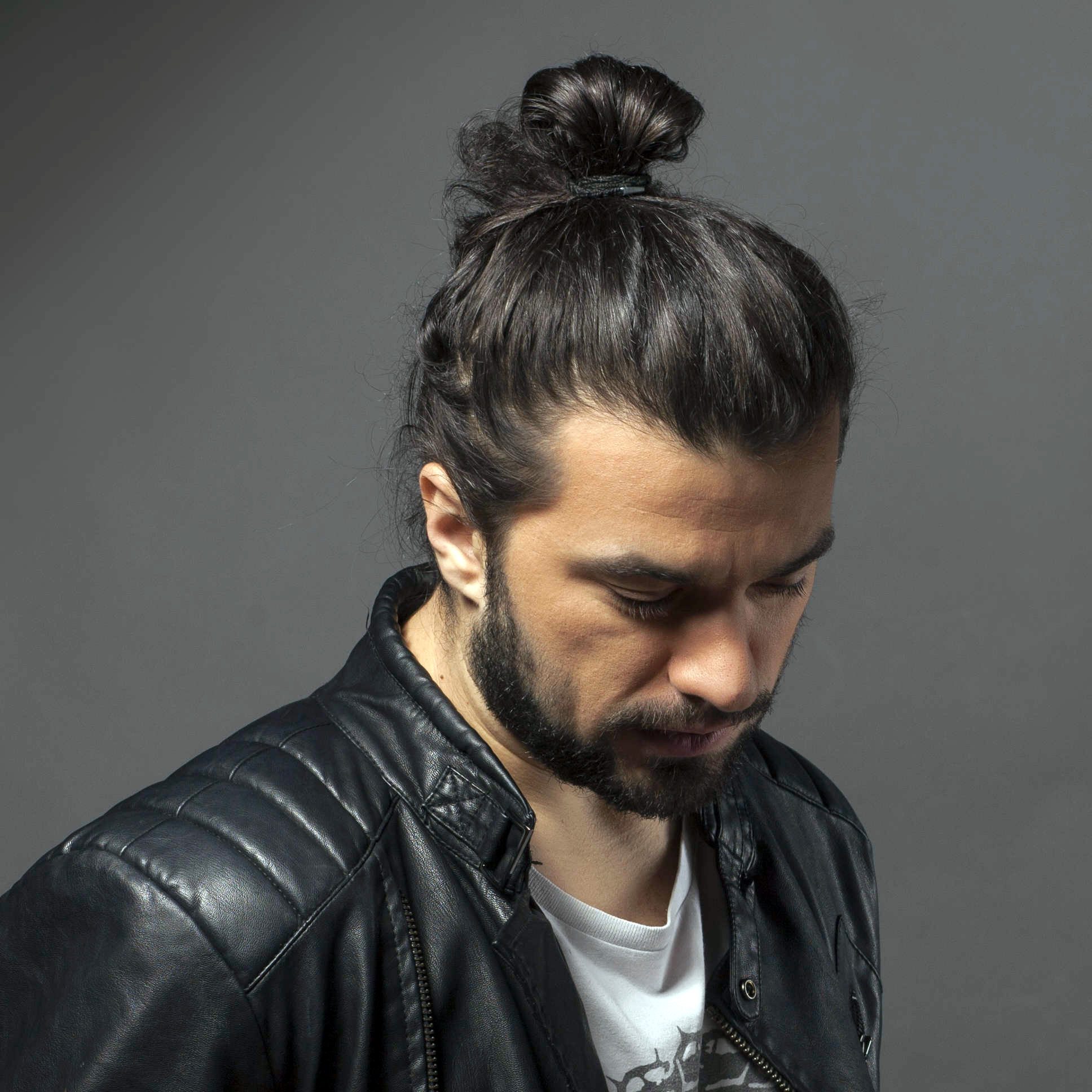 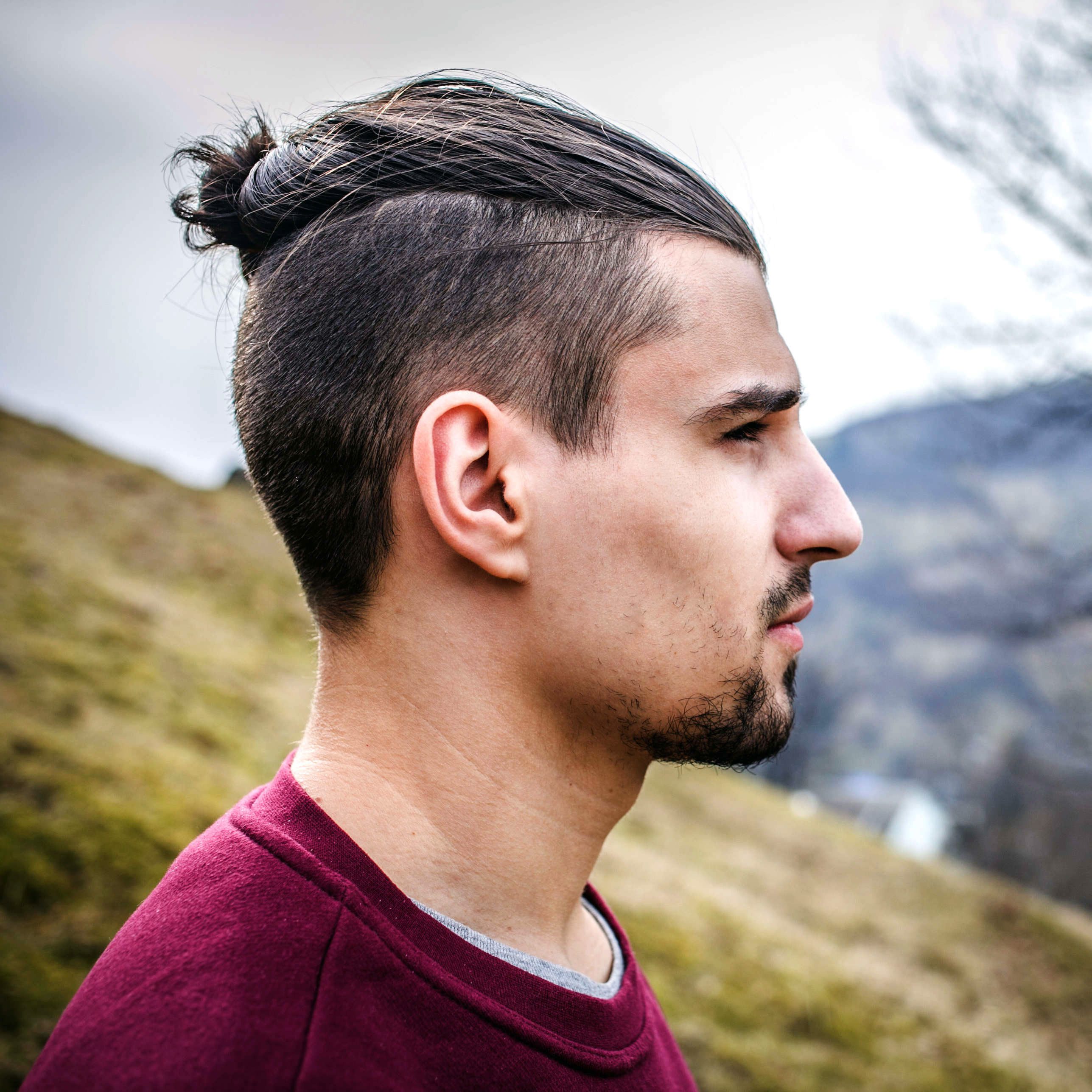