20 Variations of The Pixie Cut

Short and Sweet, no fuzz styling

The pixie cut is one of those haircuts that can look sweet and badass at the same time. The pixie cut is characterized by being short on the back, sides of the head with a slightly longer top and classically short bangs or even micro bangs.

Obviously, the pixie haircut has been through many amazing styling variations and cuts but we cannot go without mentioning how in the 1950s film Roman Holiday, Audrey Hepburn’s character Princess Ann, boldly and defiantly decides to get a pixie cut starting a trend that would still be coming and going decades after!

Etymologically speaking, the word pixie has an uncertain origin but it is speculated that it comes from the nordic Swedish dialectal pyske, meaning small fairy, among other plausible explanations for the word. How accurately adorable is that?

If I’ve gotten you a little bit more eager about going for a pixie, you’re not alone! Scroll down to check out top picks for modern and classic variations of the pixie cut! 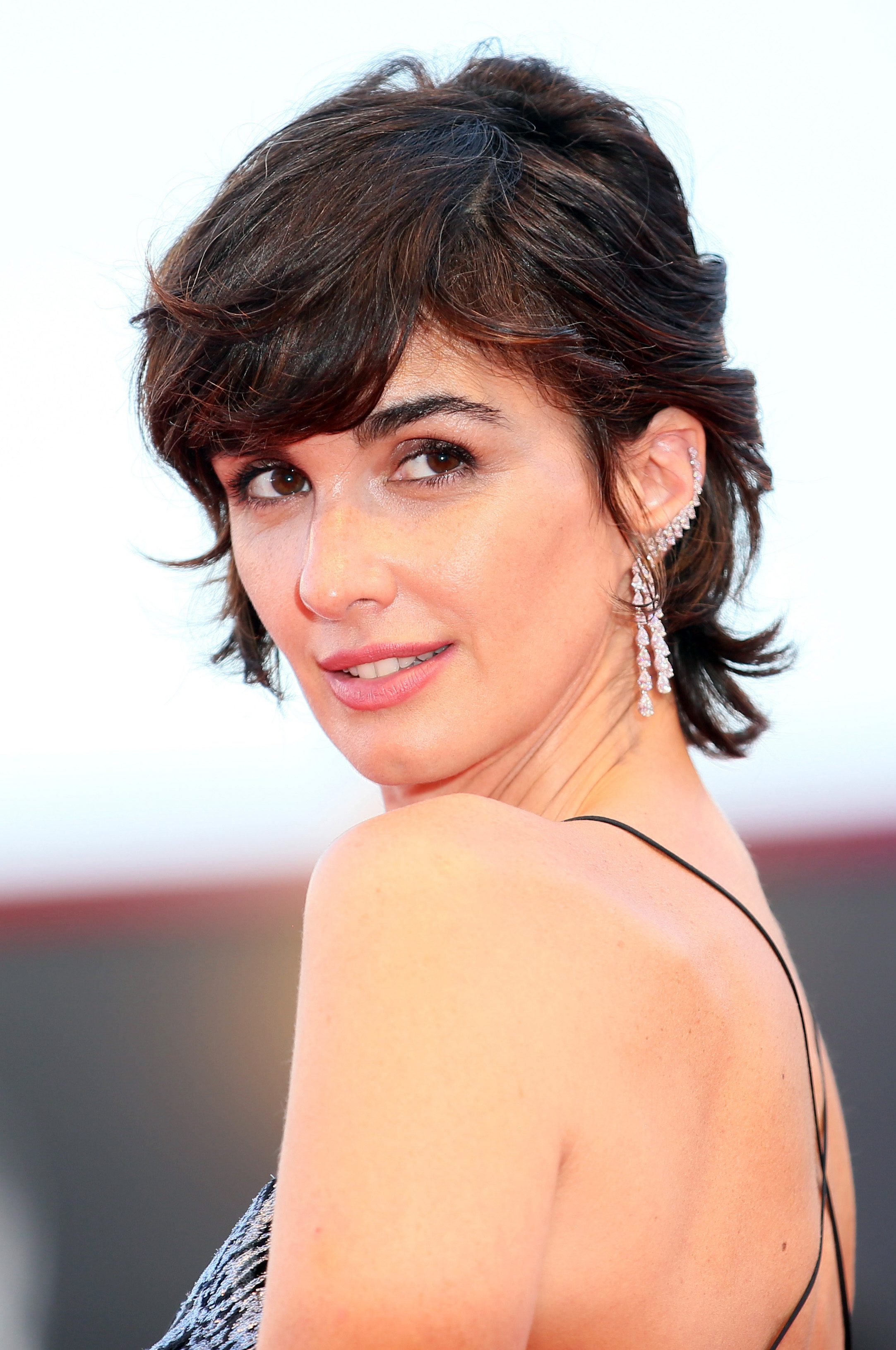 Whether it is long luscious locks or short wavy pixie cuts, Paz Vega can surely make any haircut look amazing. Don’t shy away from a fun and cute haircut as the pixie based on the length; as we can see we can keep some of the length and turn it into great short waves. 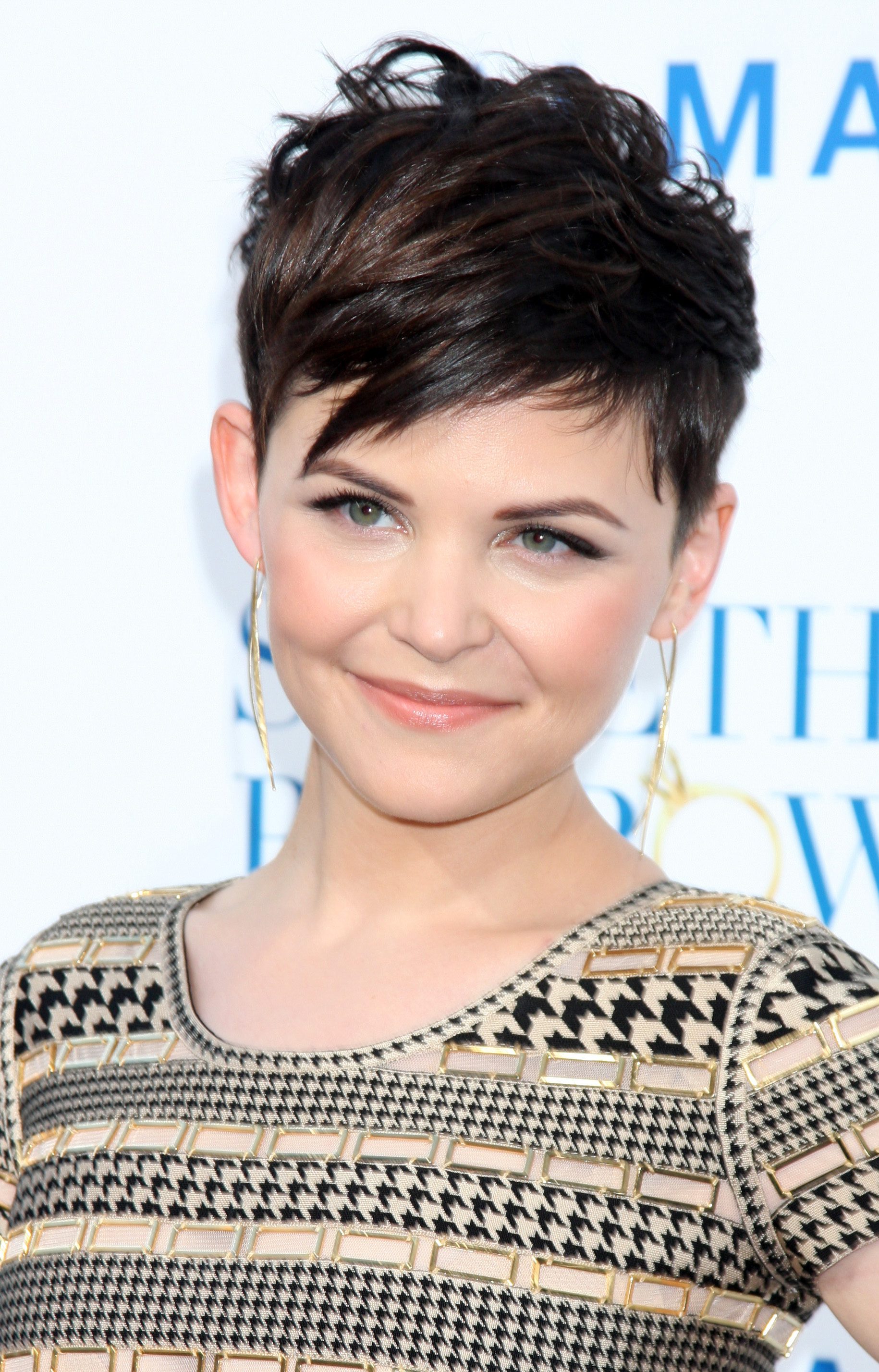 Edging on the punk style with that side-swept fringe, Ginnifer Goodwin’s layered pixie touches on the very defining characteristic of a classic pixie, the sharp ends! 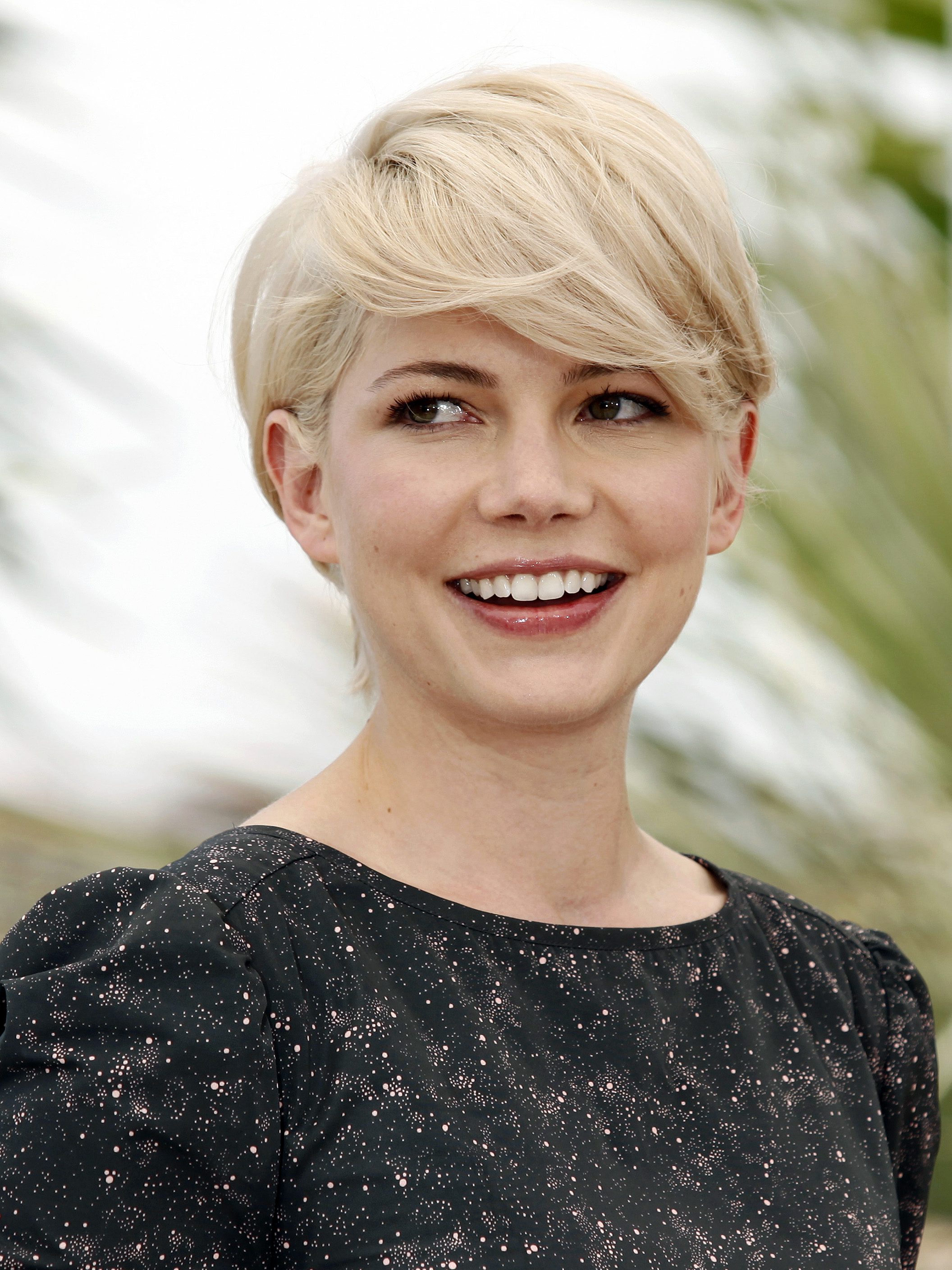 Here we see how such a fun hairstyle can be styled in such a way that it slows down and ends up looking super soft and romantic.
For the side-swept bangs, Michelle Williams decided to go on the heavy side which works marvelously with the soft edges of this variation of the pixie haircut. 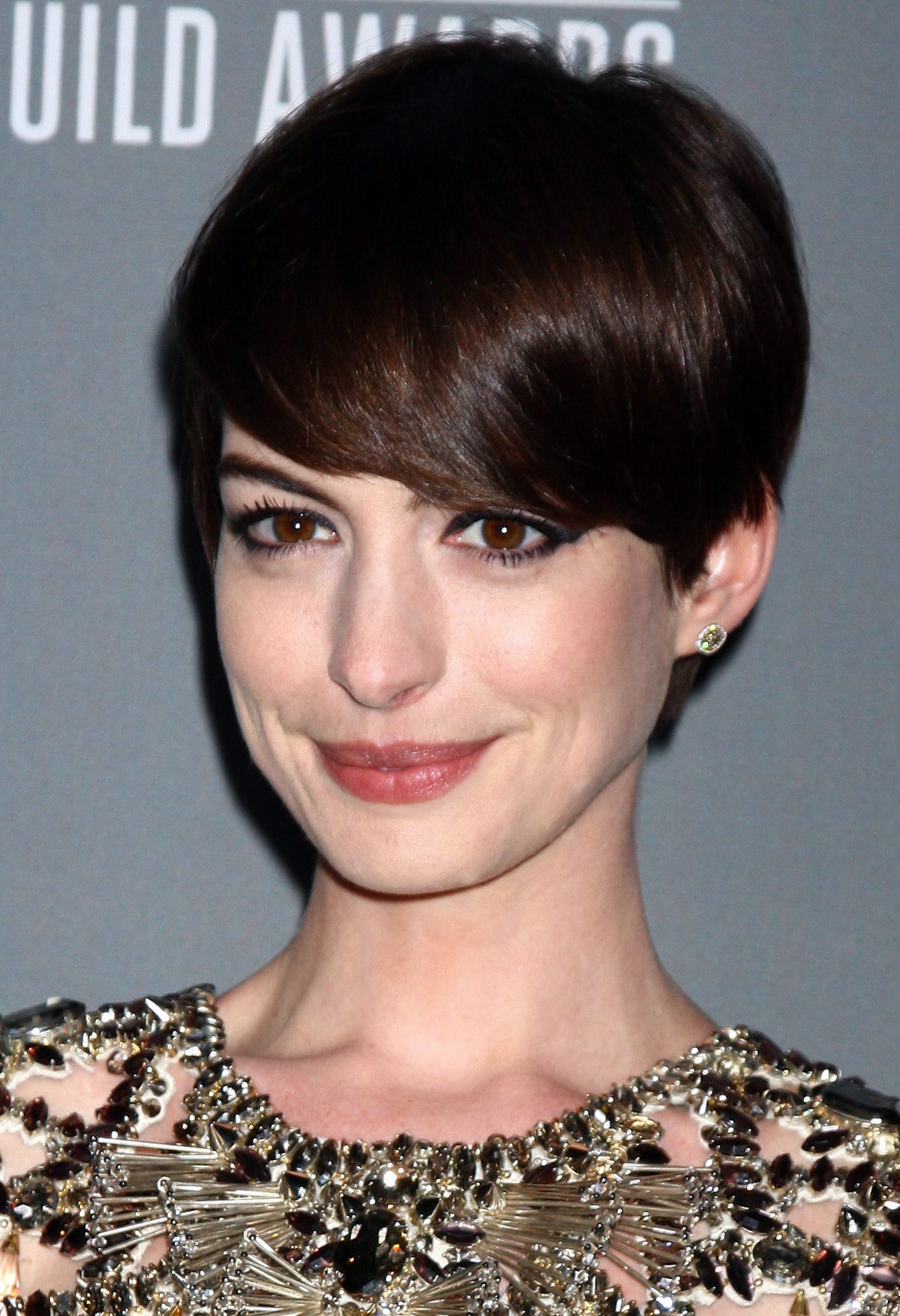 There are pixies of different lengths and while all of them are called pixie cuts, changing the length does a bunch in terms of the way they look.

Anne Hathaway (or Annie, as she prefers to be referred to) looks incredible in this medium-length crop. Not a layered do, simple and elegant. 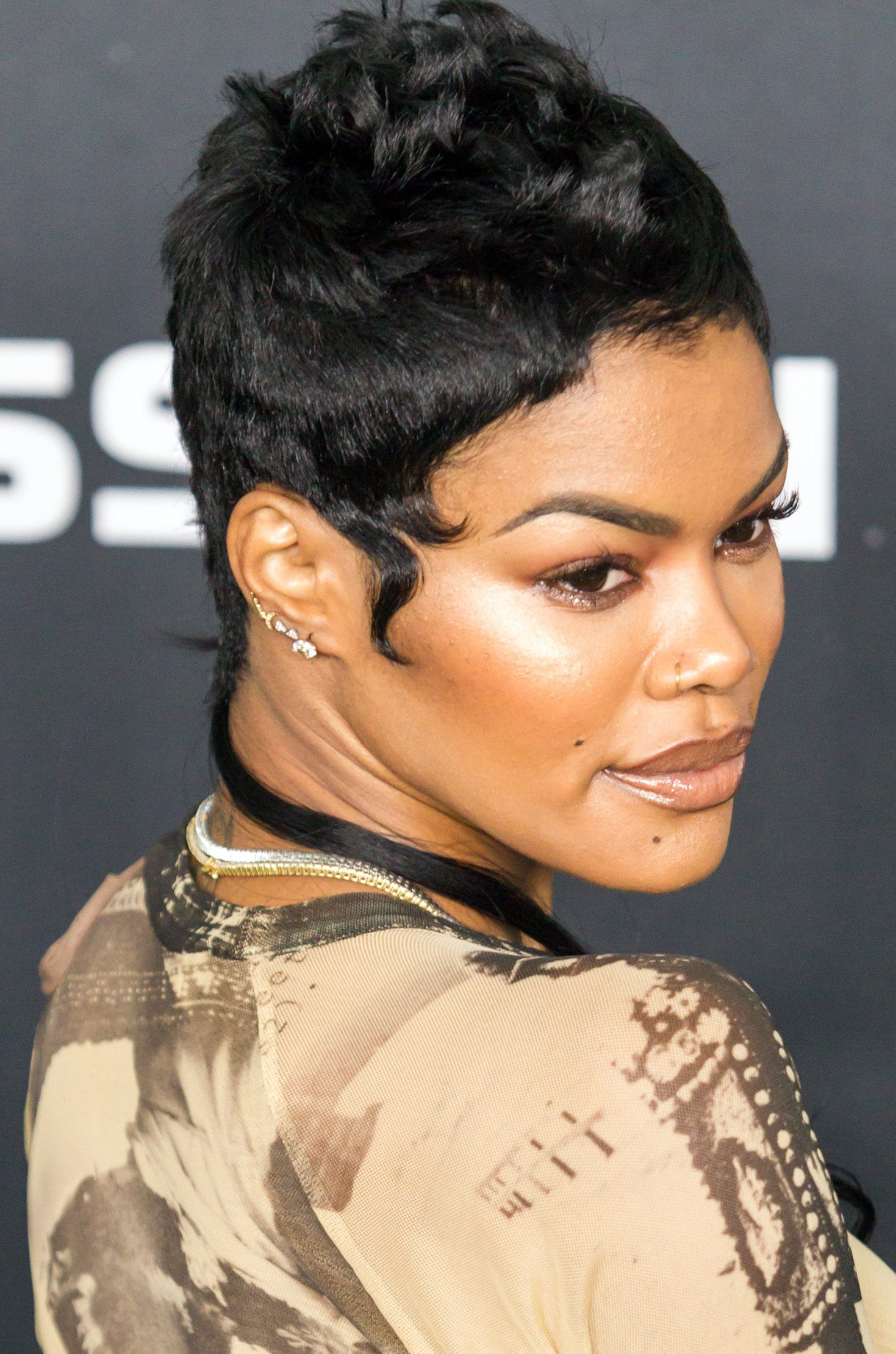 I think my favorite part about this haircut is the cheeky, wavy sideburns. They really are everything for this look! Aside from that, I really like how they closely layered the hair leaving it longer and a tad wilder on the top.

Hands down, this is my favorite variation of the pixie haircut in this article. 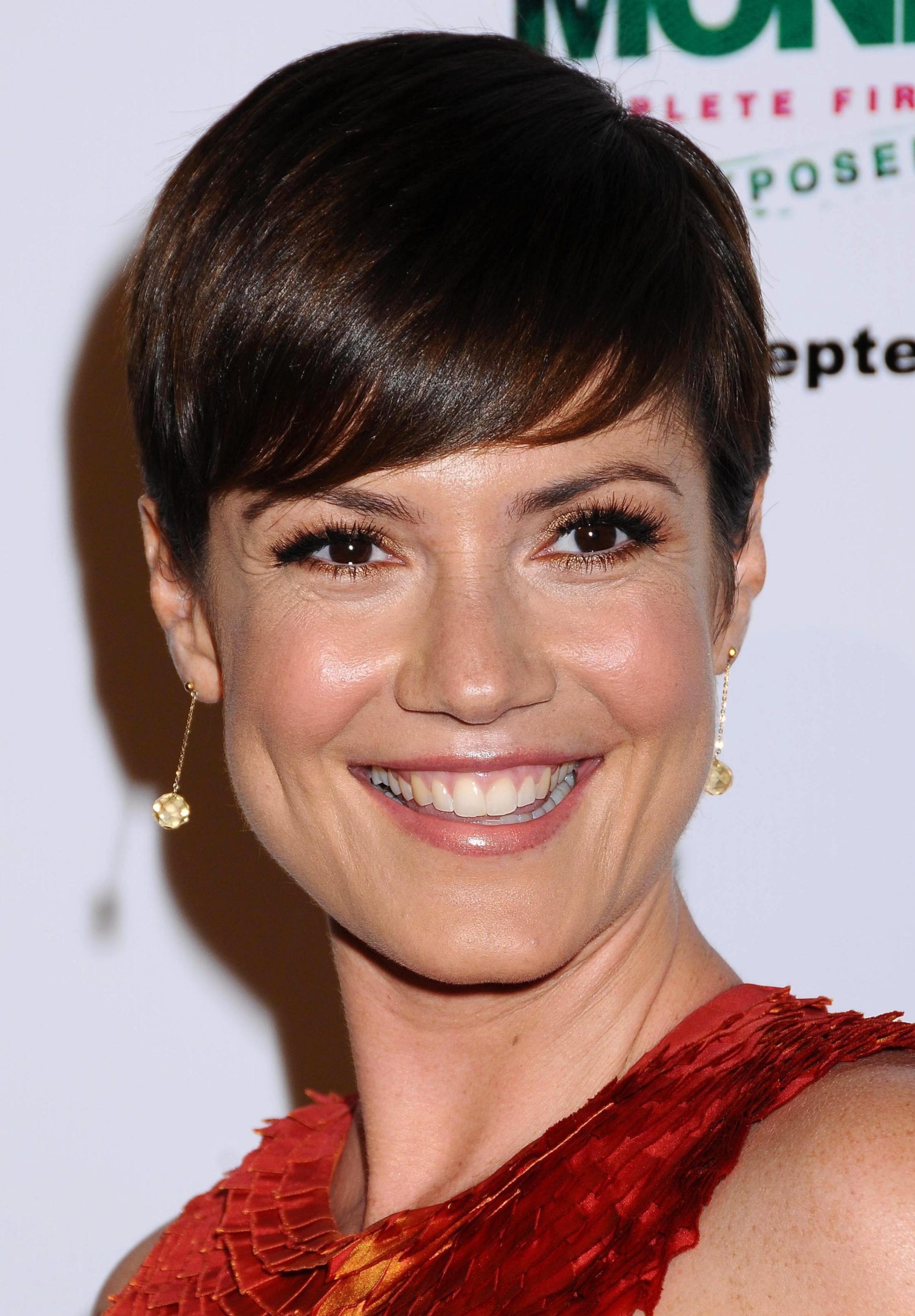 Zoe McLellan’s is another great example of a medium, non-top-layered pixie. This time working in a fringe that is just so slightly angled. 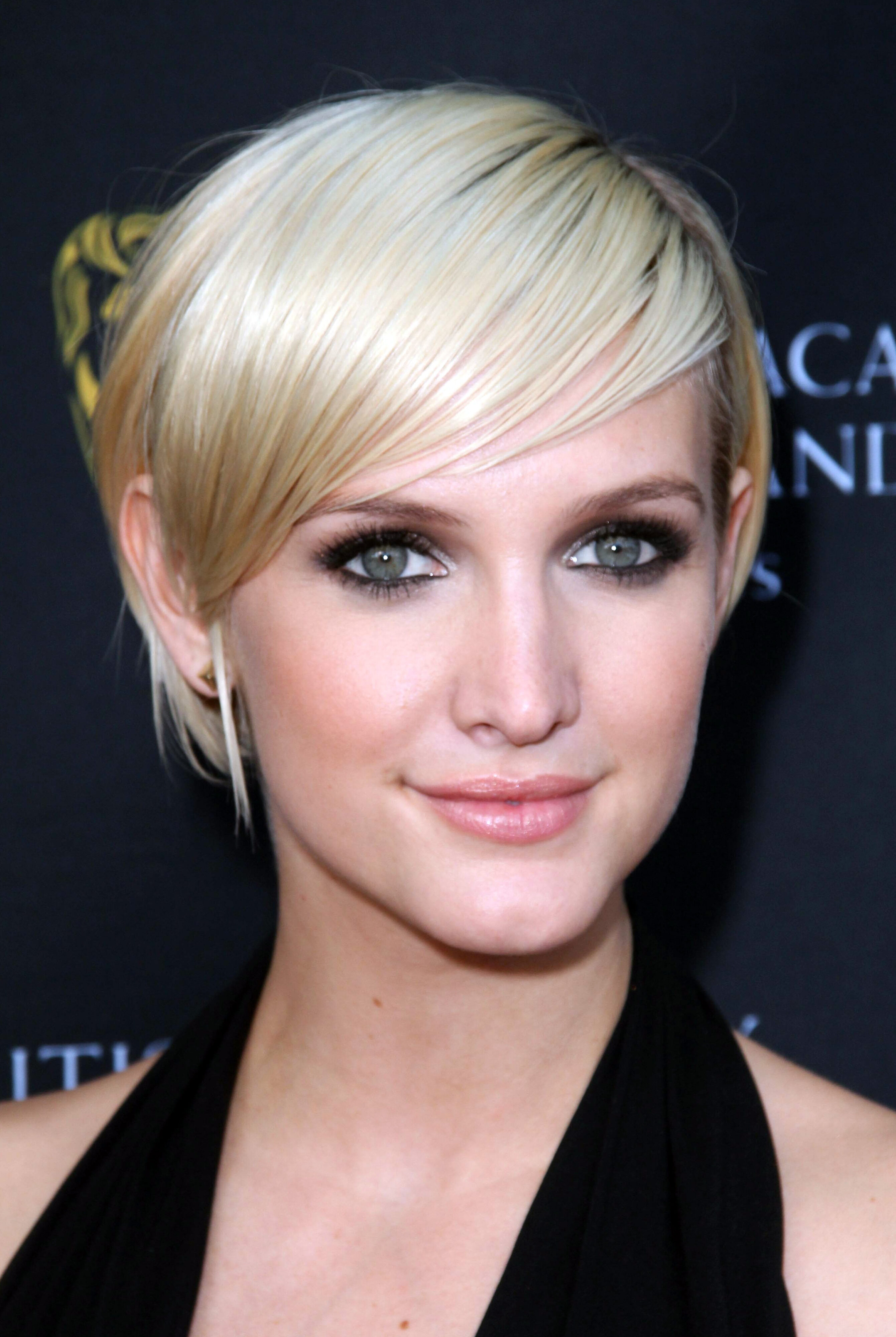 Ashly Simpson, the queen of side-swept bangs! Here in this example with a gorgeous blonde pixie wears them better than ever because all the attention goes to the fringe. 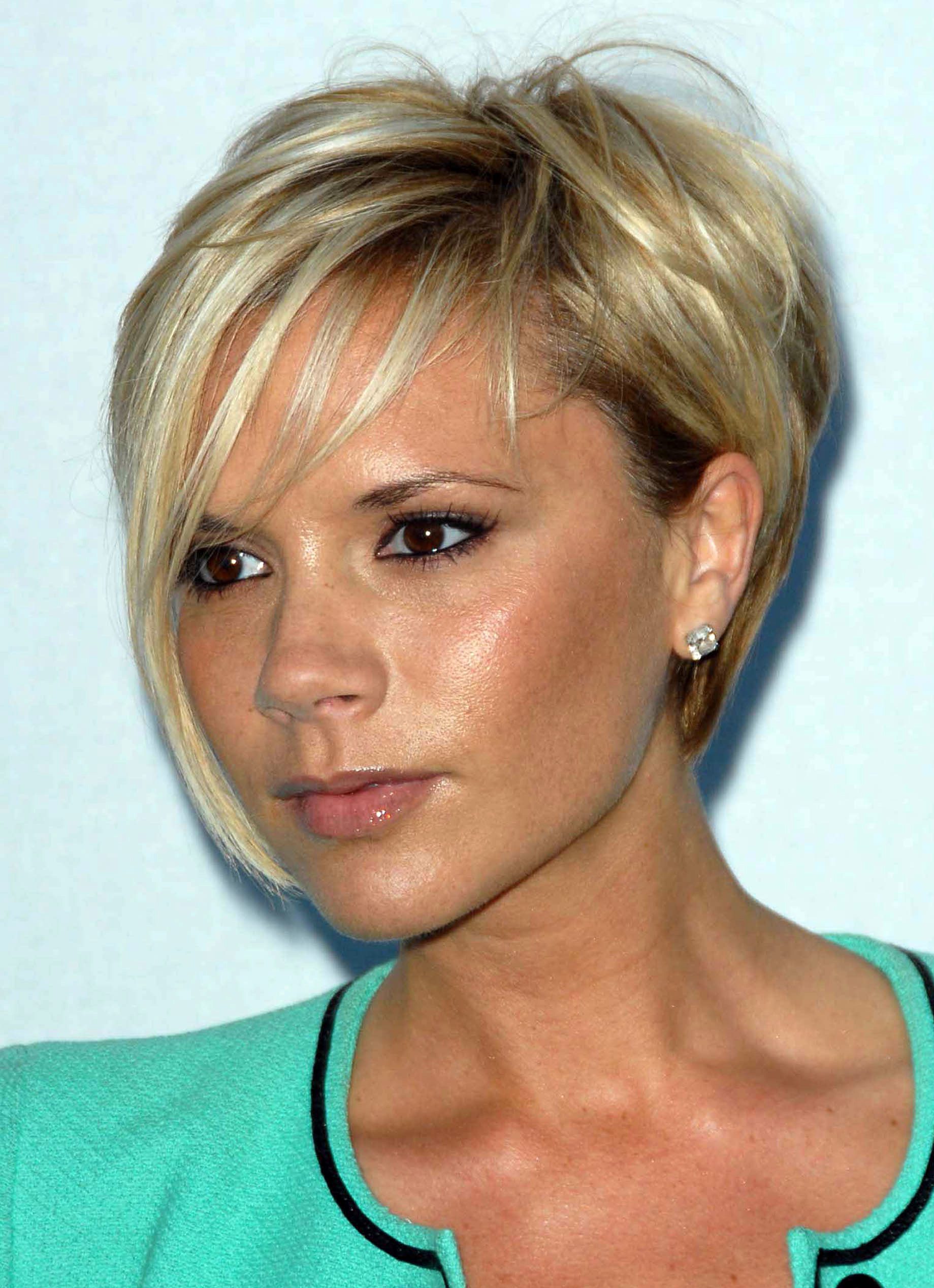 How could we have an article on pixie haircuts and not include this banger? The answer is we couldn’t! Obviously.

After Victoria Beckham stepped out with her blonde highlights, layered pixie, and dramatic bangs everyone needed to give it a try. 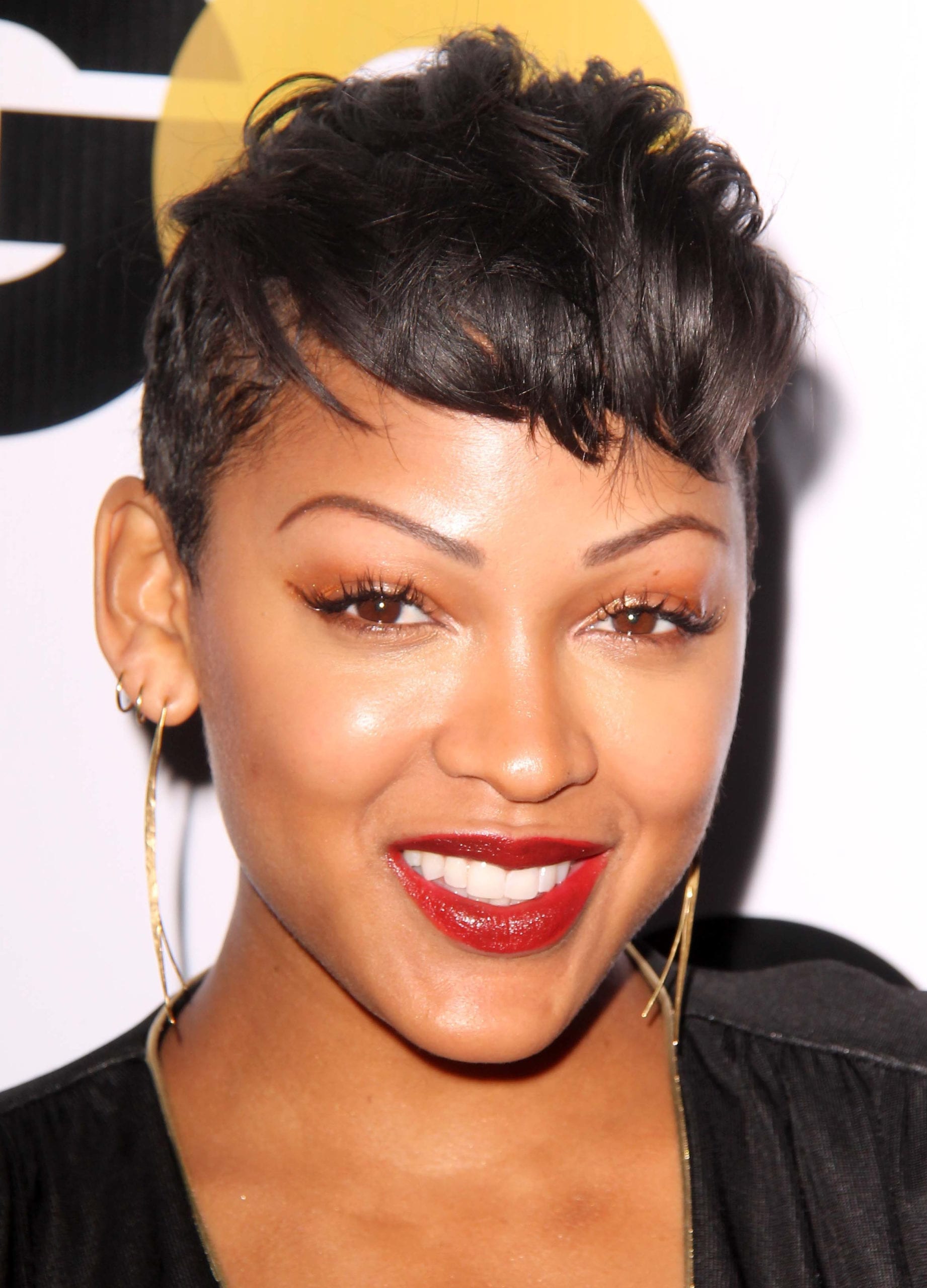 Meagan Good’s pixie does well on both short and long sides of the spectrum for the pixie haircut. 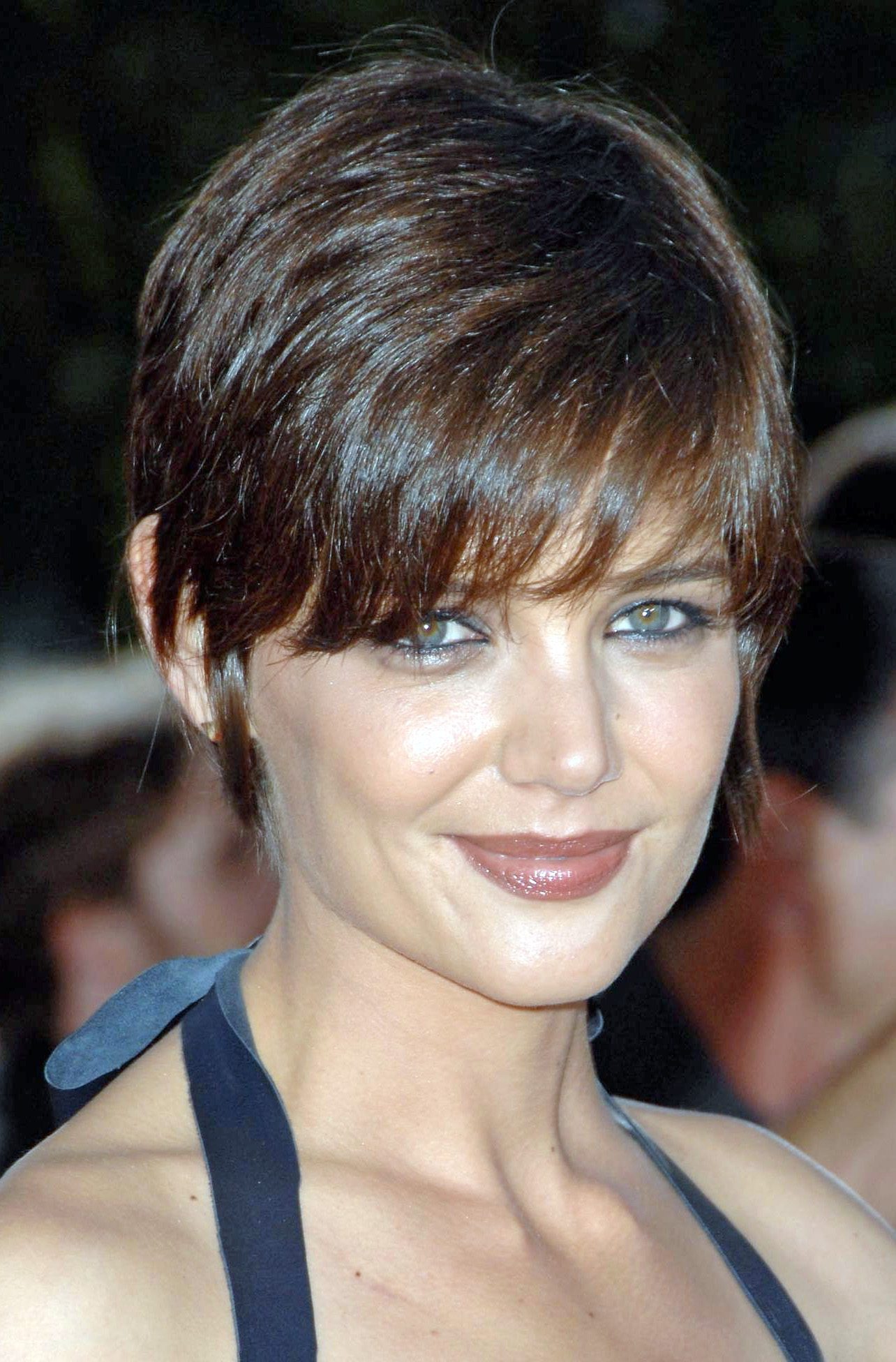 A shaggy pixie? Leave it to Katie Holmes to coin the style! Because we all know she looks fabulous with anything but it’s the slightly angled, long bangs for me. 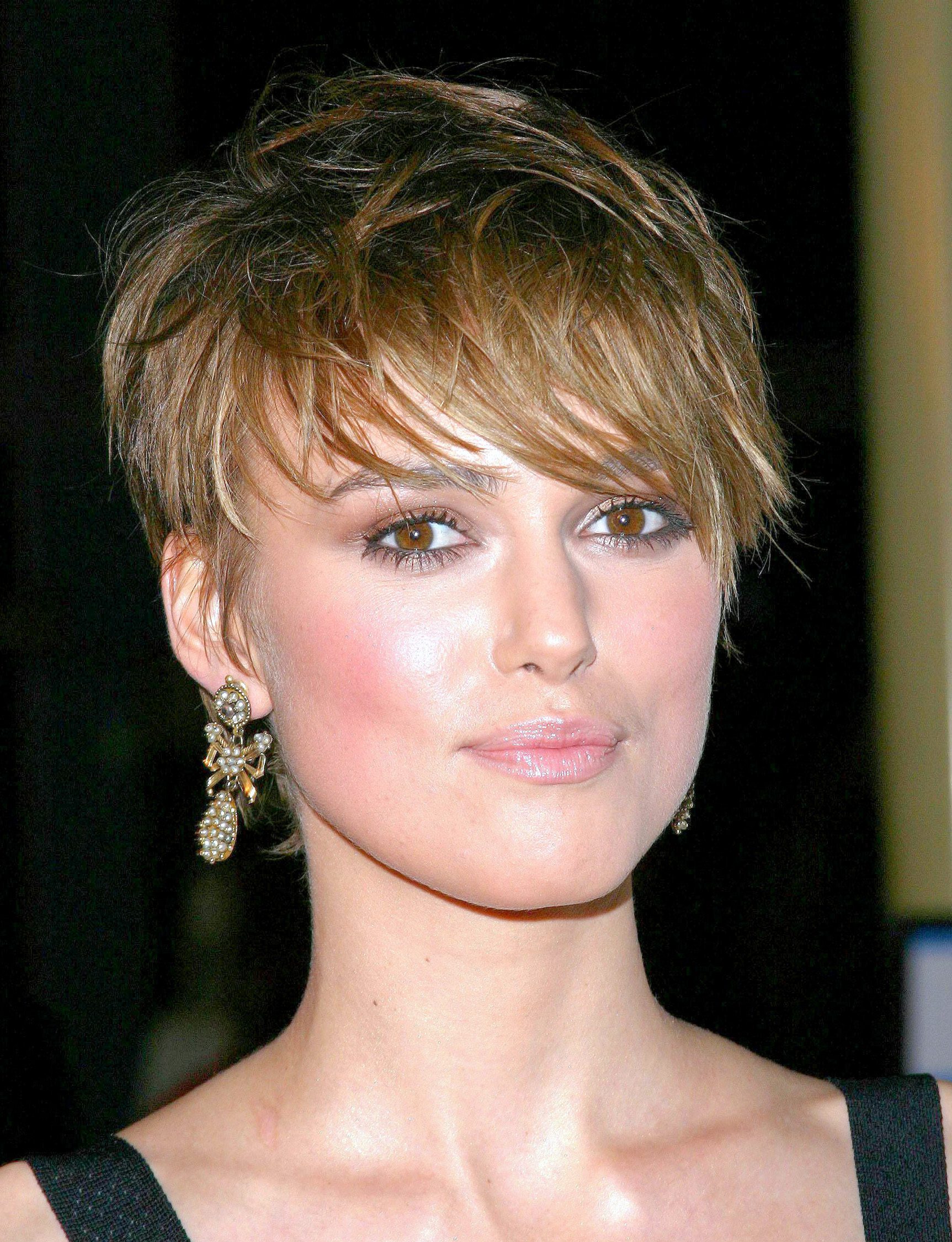 A lot of visual texture from the highlights topped off by the added scissors work done here. Keira Knightly is rocking that choppy fringe! 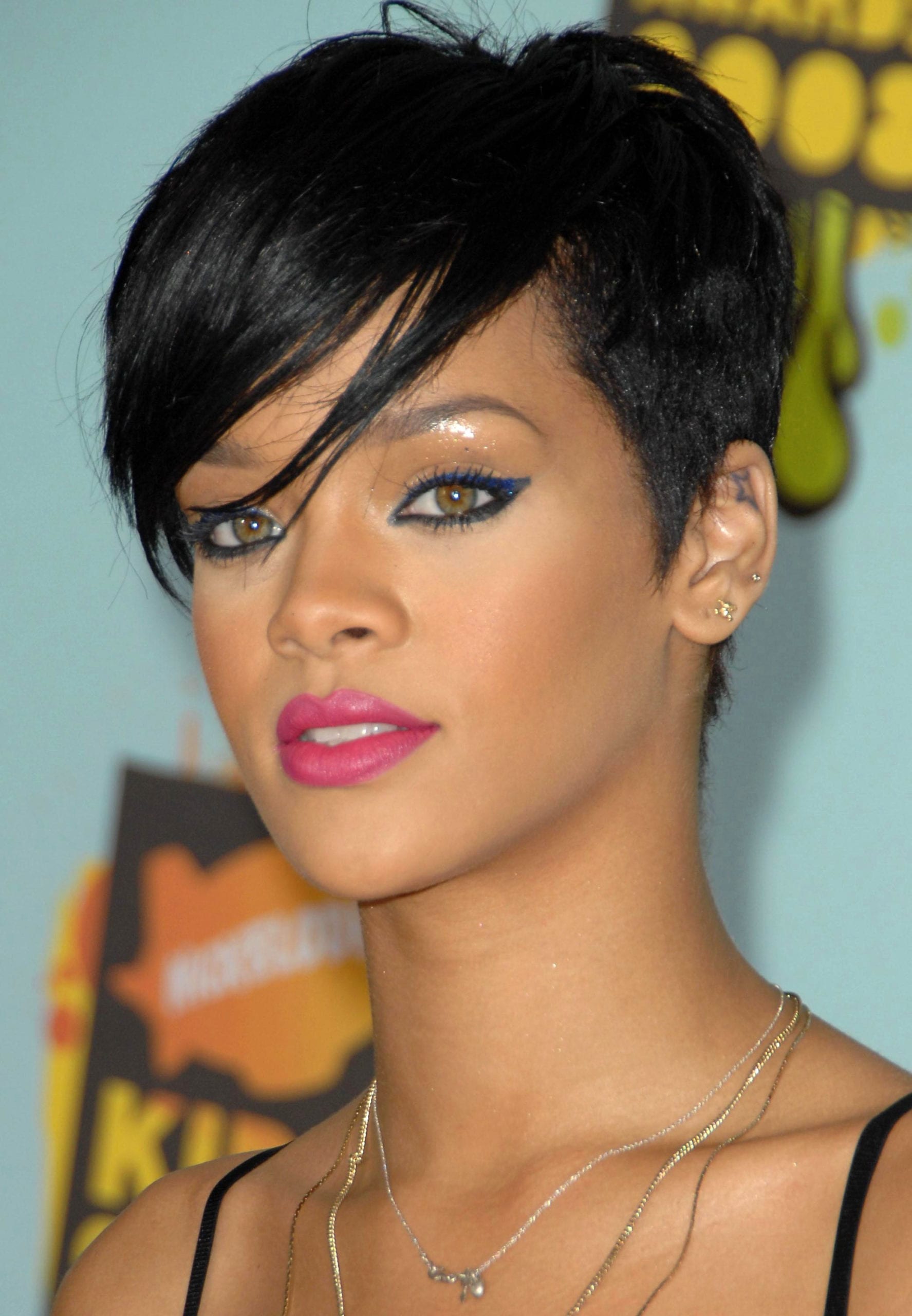 Tapered sides, long and dramatic side-swept fringe. Rihanna knows she looks good and so do we. 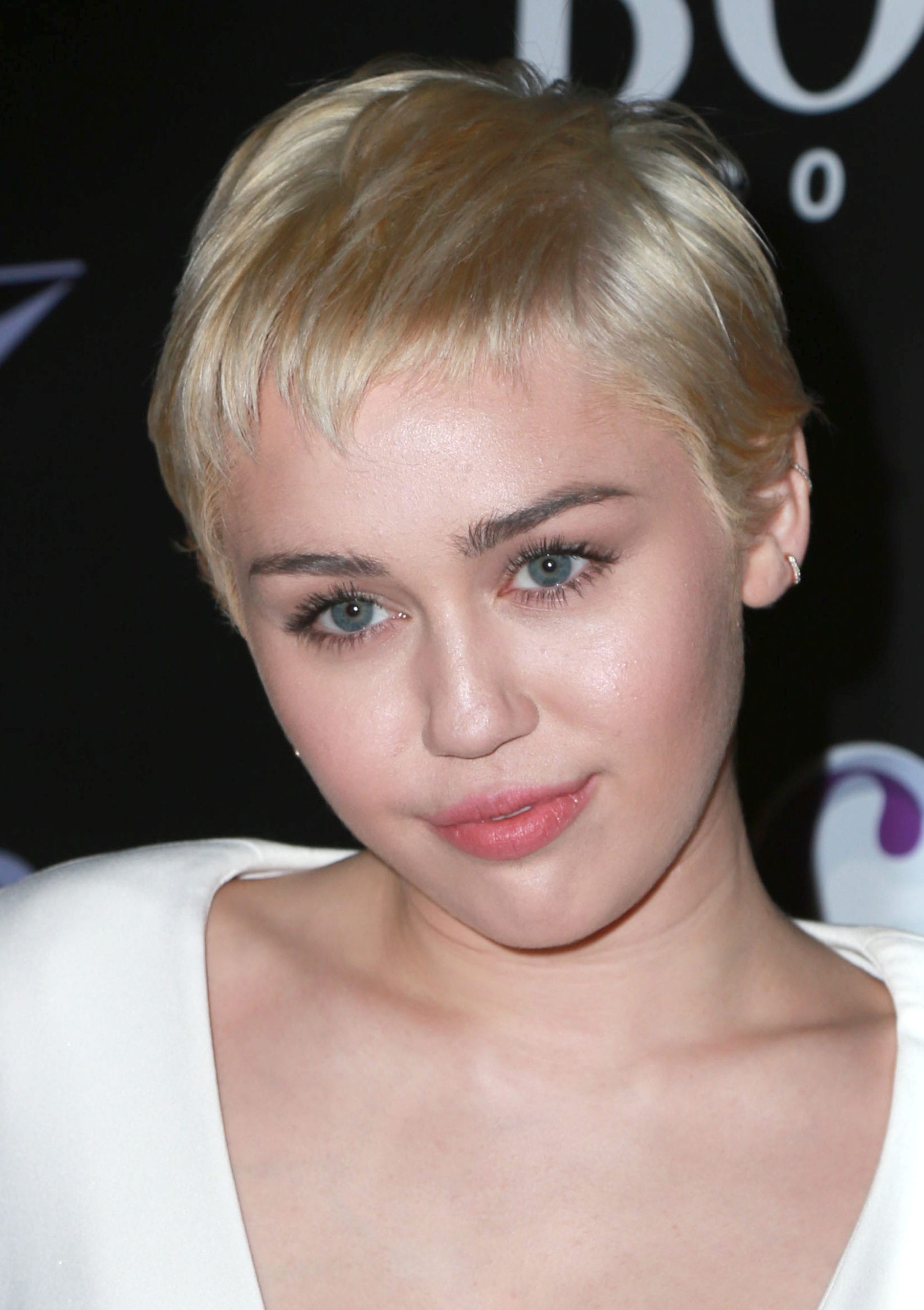 We’re seeing an increasing number of celebs with micro bangs, and yes, you guessed it: shorter than short bangs.

Aren’t they so cute though? Miley Cyrus is giving us some choppy and uneven micro bangs with her blonde pixie and I absolutely adore this look on her. 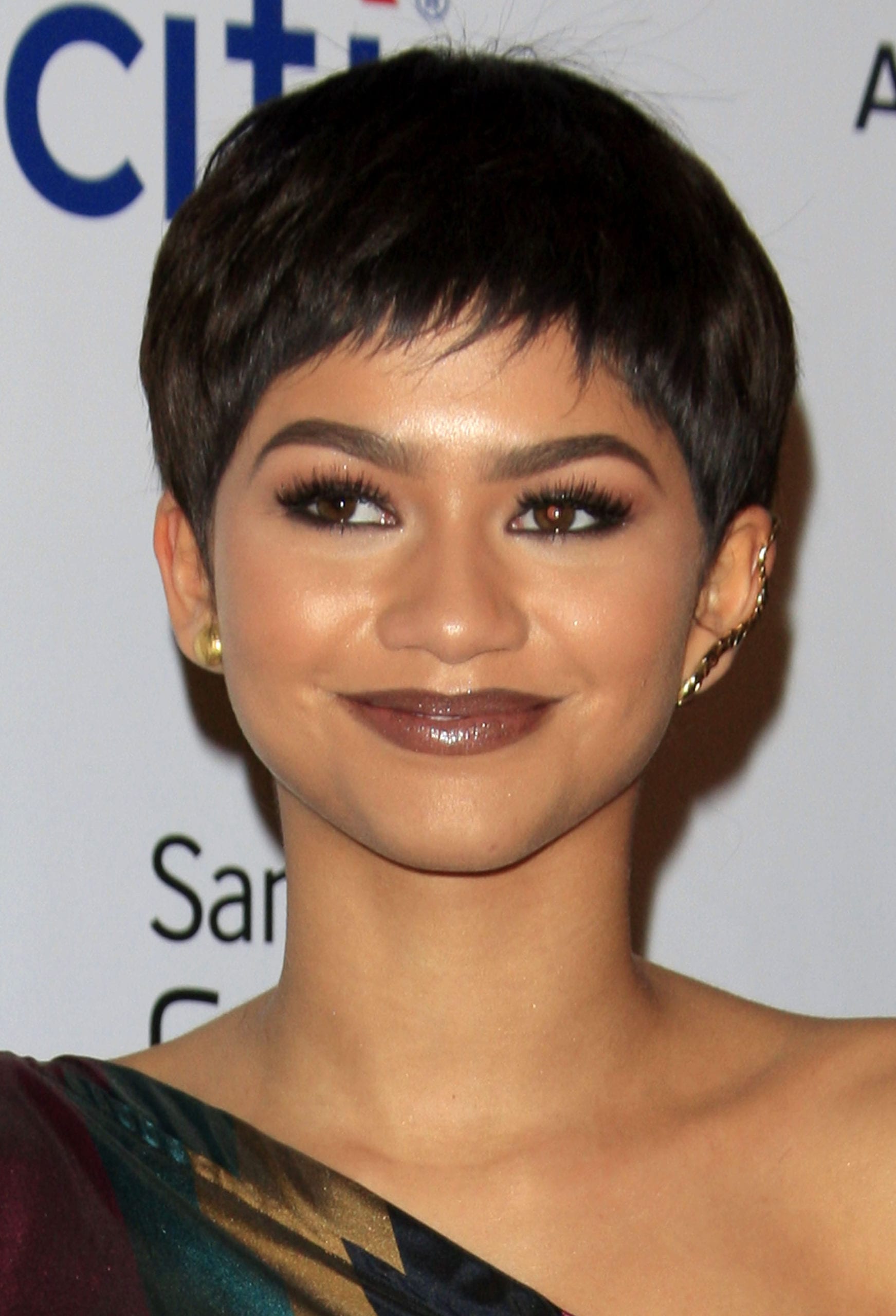 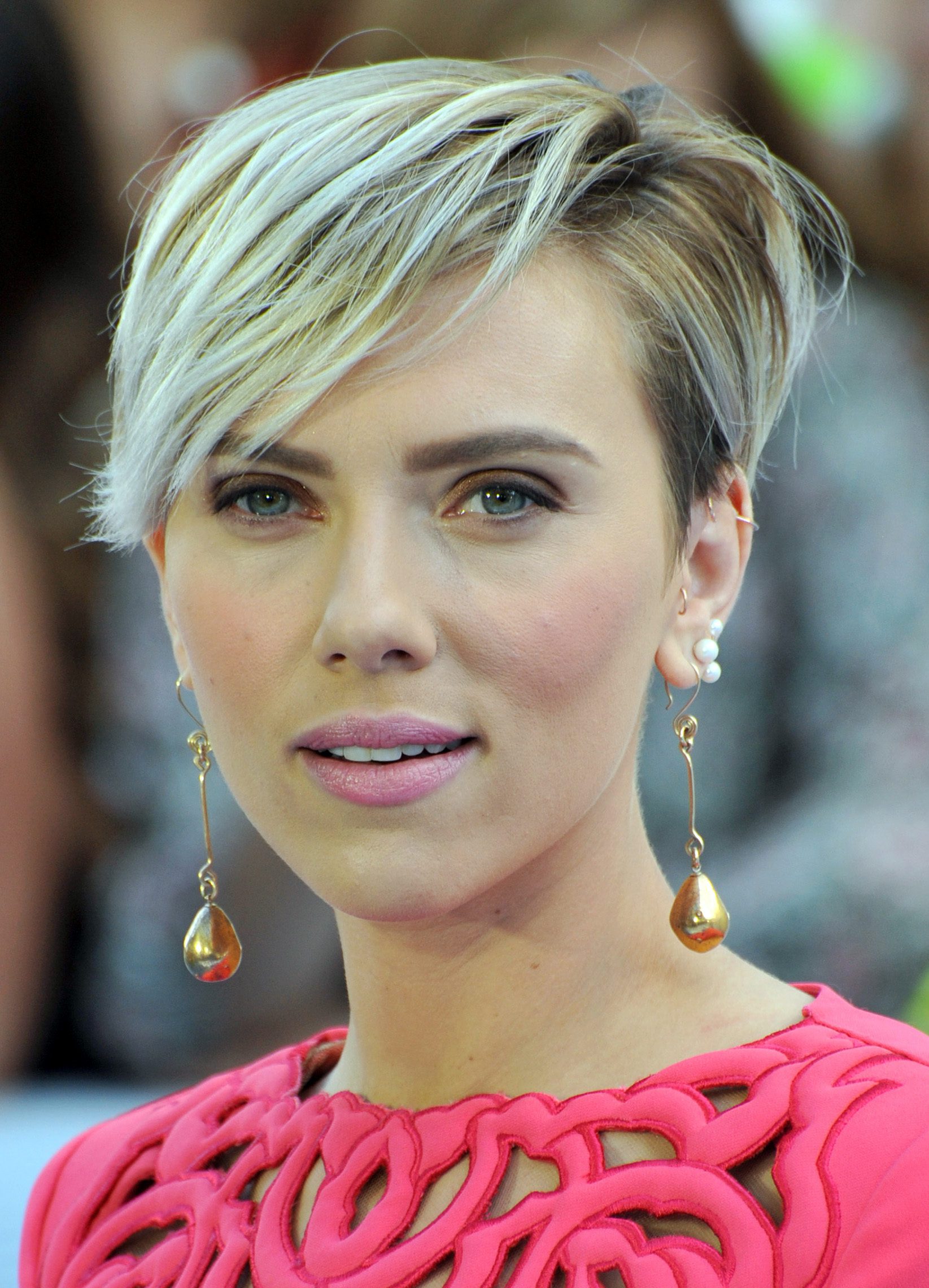 The great thing about having this type of angular bangs is that you can pin them back and create pretty badass-looking hairstyles. Scarlett Johanson is wearing them loose but she can never not look badass. 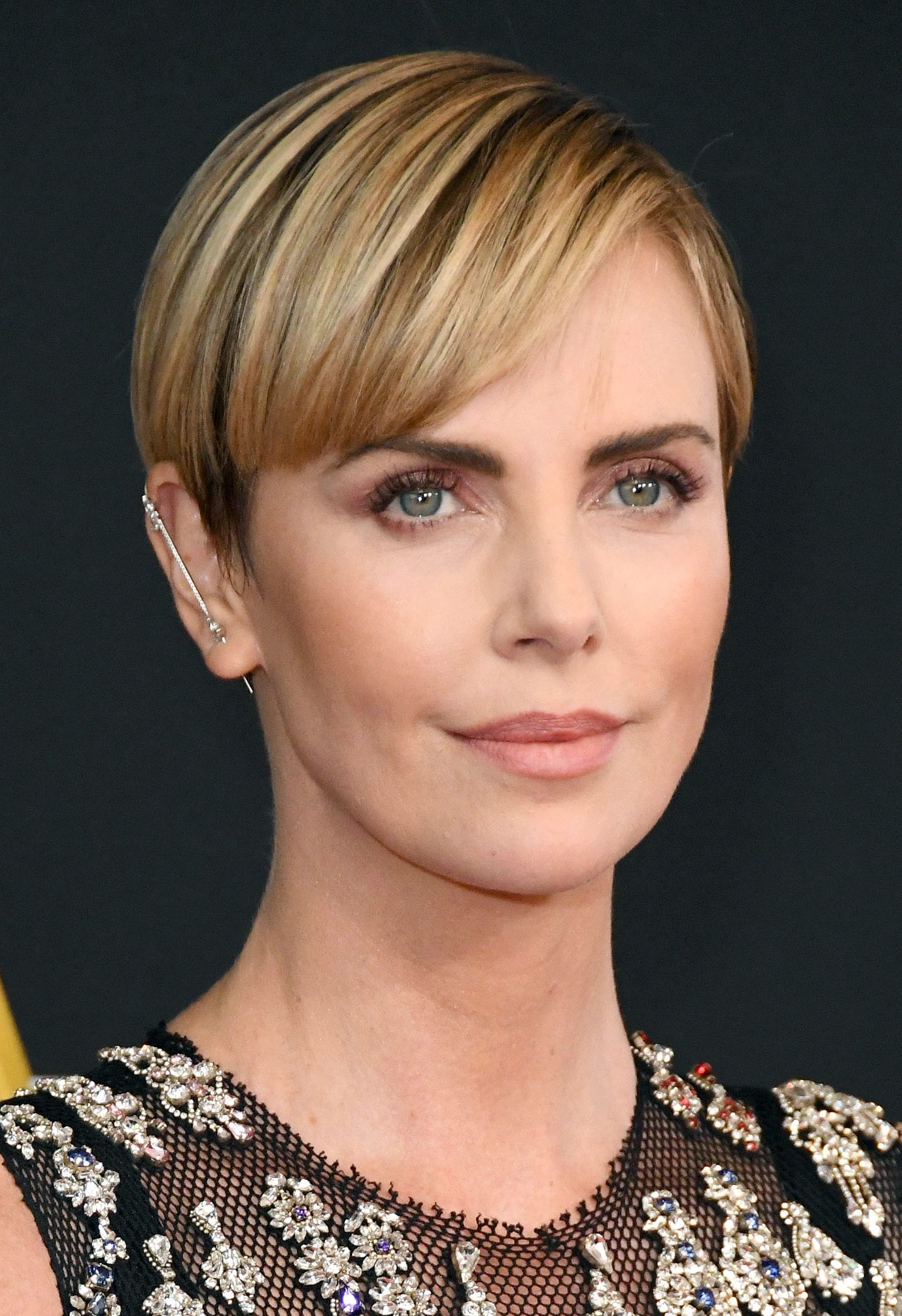 In this example, we see Charlize Theron with a gorgeous set of side-parted bangs and highlights meshing various shades. 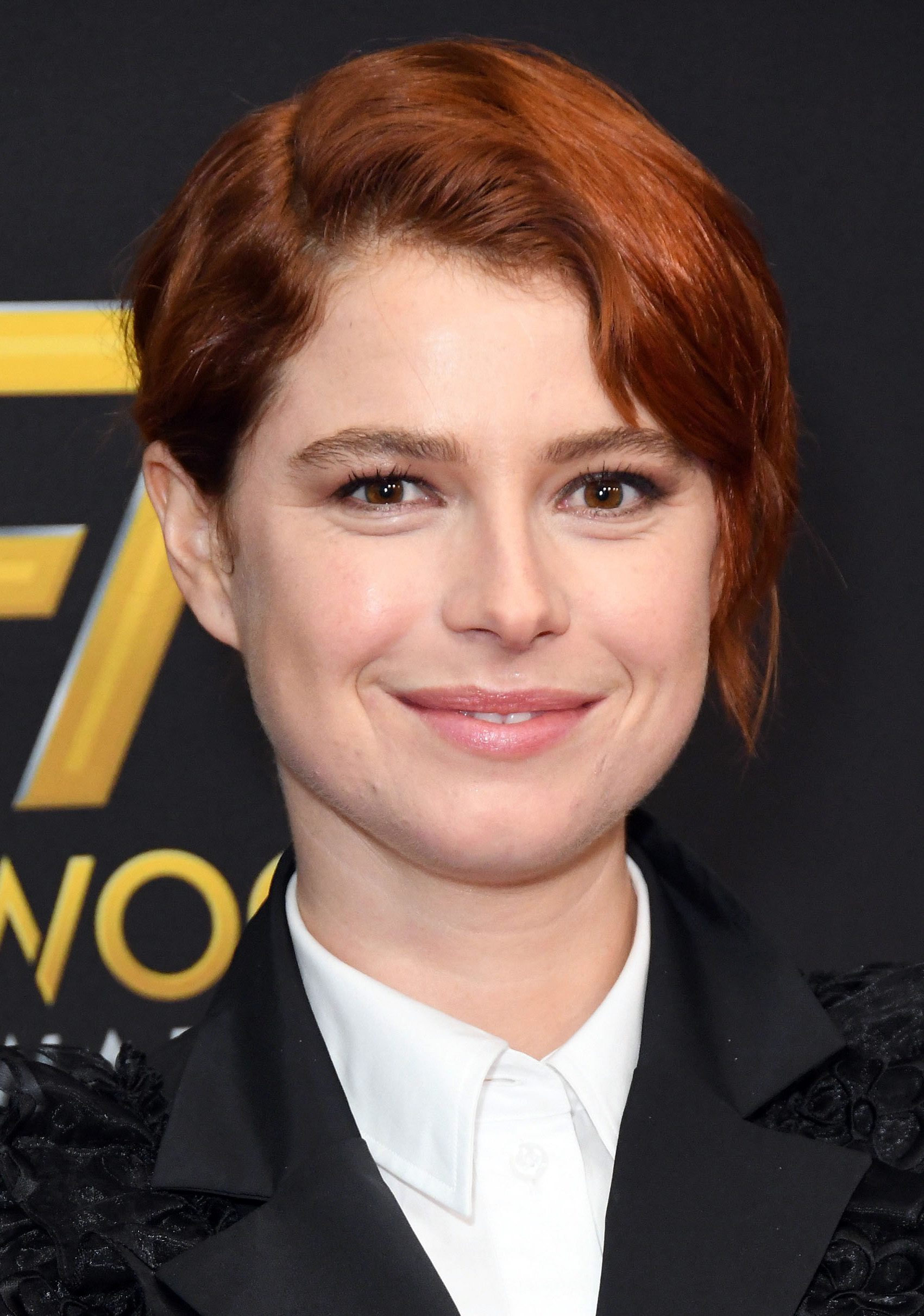 With a beautiful deep auburn shade, Jessie Buckley wears her angular pixie with waves. Notice how she actually doesn’t go for a traditional straight side part but goes, rather, for a more natural parting. 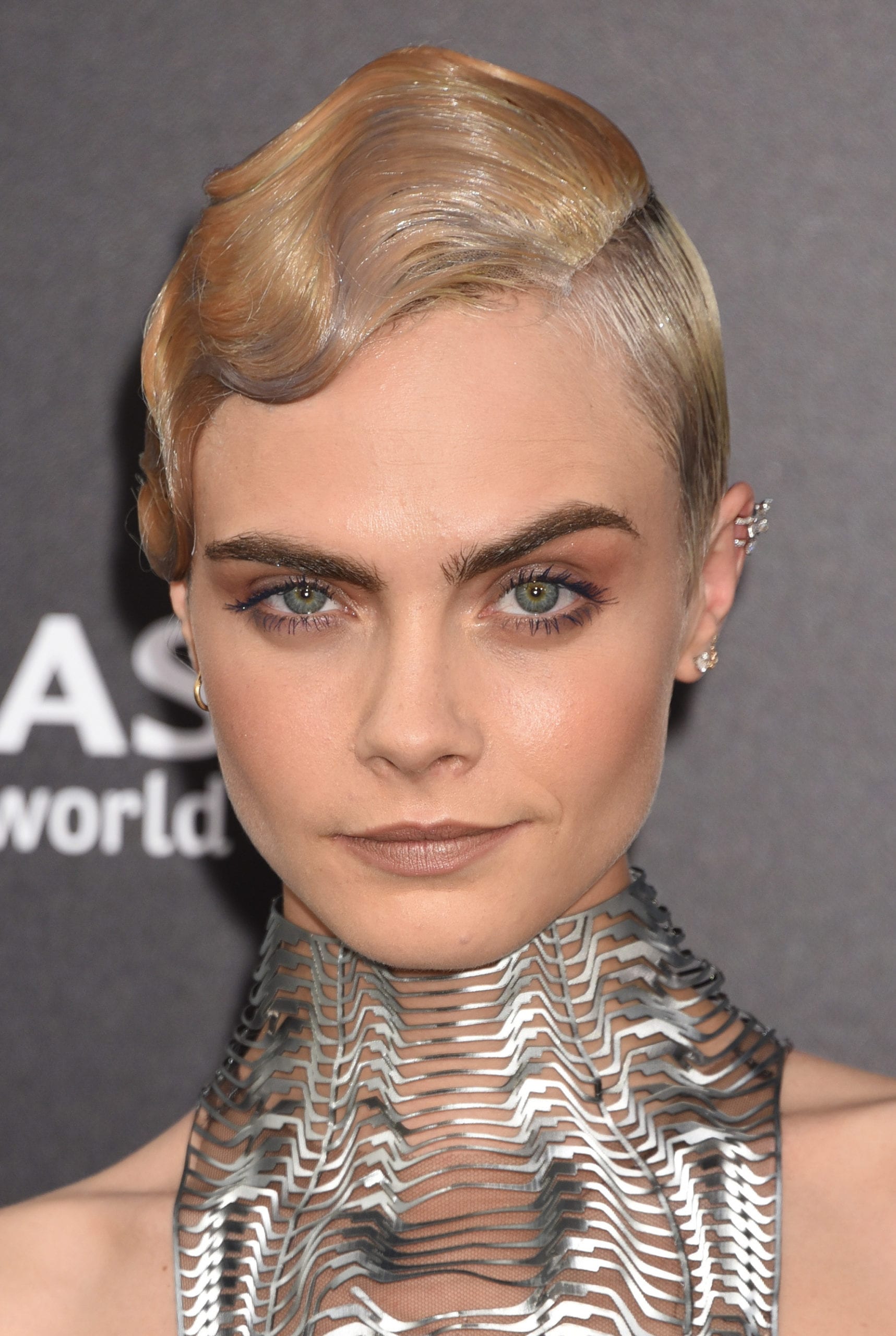 These firm and futuristic waves are a whole vibe on Cara Delevingne’s pixie. I’m obsessed with the little platinum highlight streaks, like what? It’s perfection! 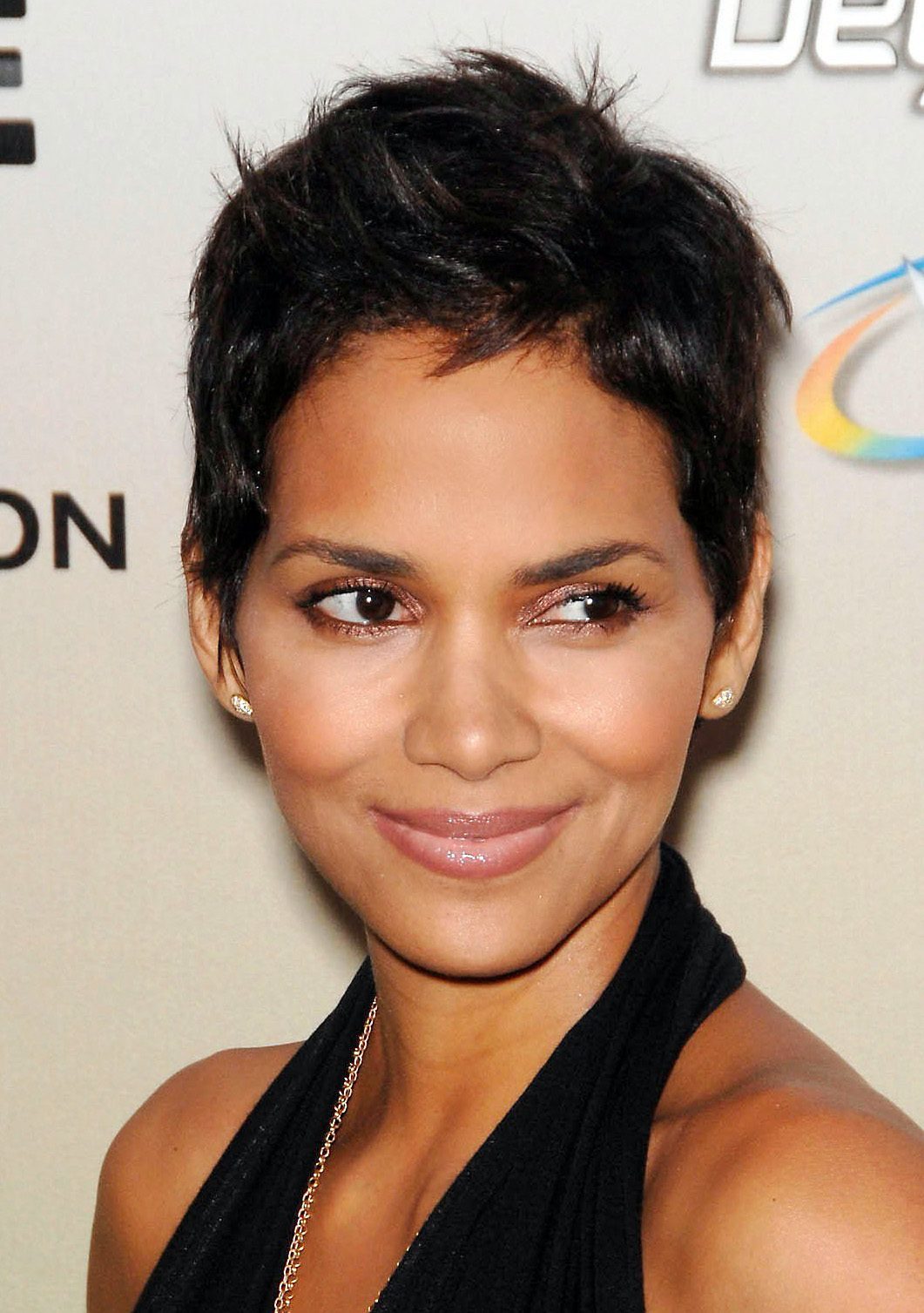 If Halle Berry’s pixie were to be completely unstyled we’d most likely see some middle-length bangs, or maybe even short bangs. It’d look just as cute! 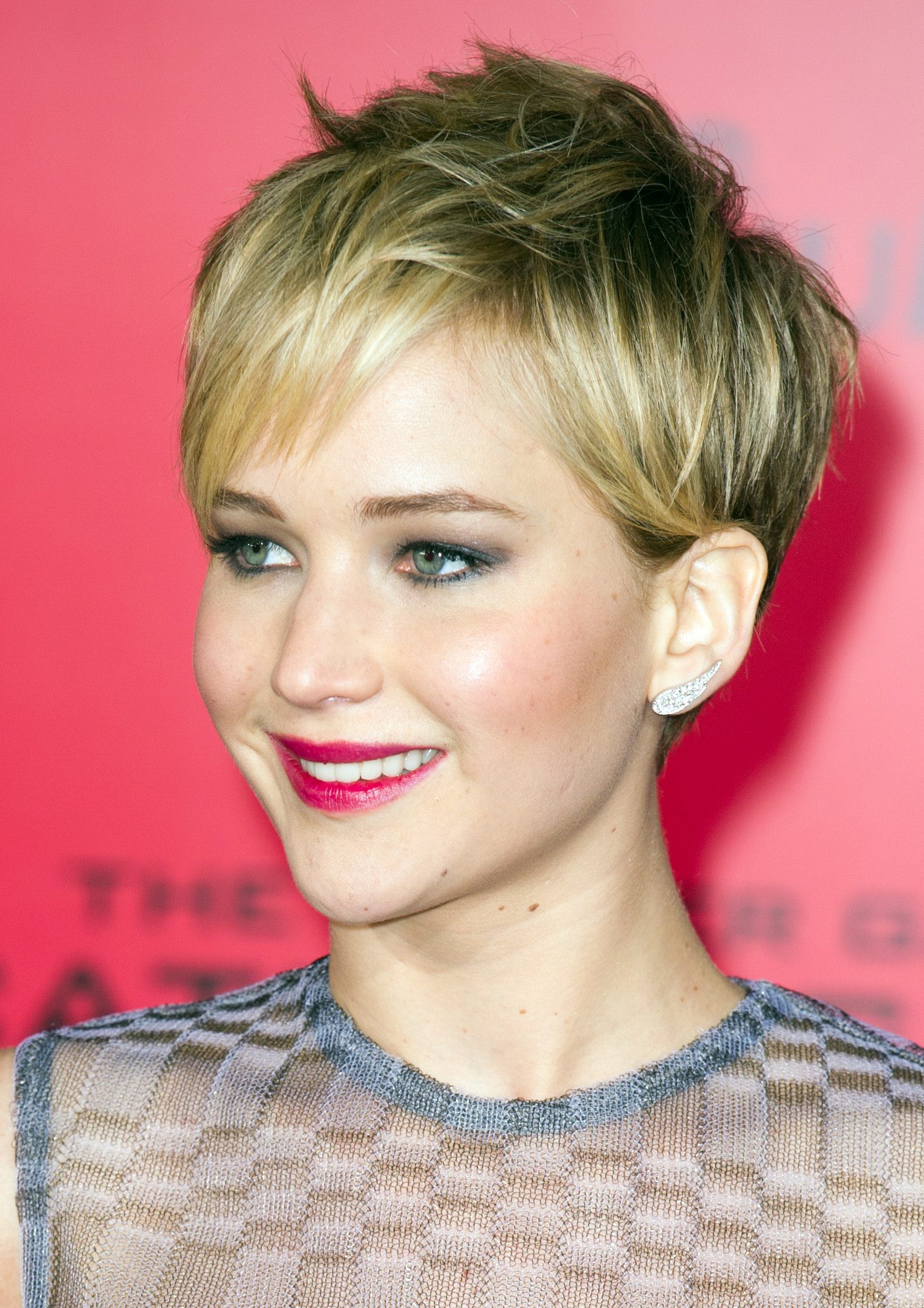 This pixie that Jennifer Lawrence is wearing so well is exactly what comes to mind when anyone says “pixie cut”. It has the spiky texture and the angled fringe worked to perfection.

How to Restyle Curly Hair and Get Volume

It's time to get "hairspired" because 90s hairstyles are set for a comeback!